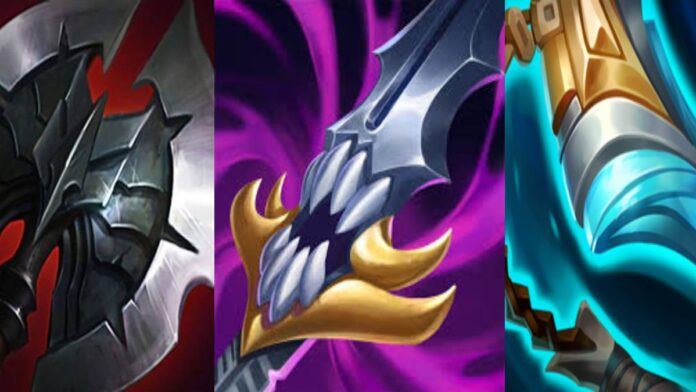 League of Legends patch 11.5 is going to buff Black Cleaver, Maw of Malmortius, Serpent’s Fang while Stridebreaker is set to receive some adjustments.

With the introduction of so many new items in the 2021 preseason, it was pretty much destined that some items will have an edge over others and will take over the meta. Riot Games however on a mission to balance both the “overpowered” and “underperforming” items in season 11.

Currently, there are still some items that are getting out shadowed by other mythic items, and Black Cleaver, Maw of Malmortius, and Serpent’s Fang are some of them.

Black Cleaver received a completely new recipe with 300 extra gold in the preseason. But Riot did give it two new unique passive Carve and Butcher. However, there are hardly any champions in season 11 that are building it.

Similar to the Black Cleaver, Maw of Malmortius also received a revamp in the preseason and having the same fate. Serpent’s Fang, on the other hand, did receive a buff on patch 11.2 but the pick rate is still too low and Riot is buffing it on patch 11.5.

While the other three are unpopular, Stridebreaker is quite the opposite. It is currently being abused by most of the top lane champions even with the nerf on patch 11.1.

Now, League of Legends’ Gameplay Design Director Mark “Scruffy” Yetter has confirmed that Black Cleaver, Maw of Malmortius, and Serpent’s Fang are getting buffs on patch 11.5 while the Stridebreaker is set to receive nerfs/adjustments.

“Rage: Dealing physical damage to a champion grants 5 movement speed per stack of Carve on them for 2 seconds.”