Healing items to get major nerfs in League of Legends patch 11.6 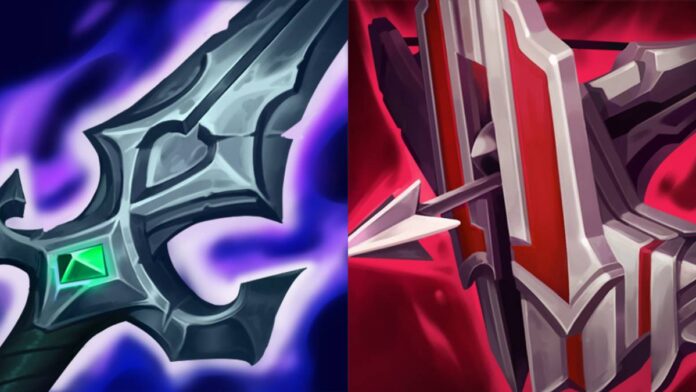 League of Legends’ healing items including Vampiric Scepter, Immortal Shieldbow, and Blade of the Ruined King are set to receive some major nerfs in patch 11.6 while Ravenous Hunter is getting nerfs as well.

Ever since Riot Games introduced the new Mythic and revamped items in the 2021 preseason, they are having a hard time balancing out the meta. However, out of all of the new items, the “overpowered” healing items have been terrorizing the Summoner’s Rift the most.

Many League of Legends players thinks the game currently has a way “too much healing” and sometimes buying heal reduction items like Executioner’s Calling and Bramble Vest feel not worth it at all. On top of all the “overpowered” healing items, there are also runes like Conquerors, Triumph, and Ravenous Hunter that make bruisers almost impossible to kill in the mid to late game.

“In some cases this will be nerfs but in others it will be shifting stats keeping power neutral,” Riot Scruffy said. “Hopefully this is the last set of these and we can be in a good state where healing is a notable choice and not a baseline.”

Blade of the Ruined King

Kog’Maw finally gets a VFX update in League of Legends