343 has remained silent regarding the future roadmap of Halo Infinite, which has led some to doubt the future of this multiplayer title.

343 Industries managed to bring Master Chief to the new generation of gaming with Halo Infinite as they gave this title the proper polish that it deserves. While the official gameplay trailer made some fans worried about the state of the game, those worries were gone when the game was officially released.

In 2021, critics and the fanbase showered the game with praise following its official launch. Most fans were pleased to know that 343 successfully managed to revive the spirit of the old Halo multiplayer game mode with great results.

Instead of the past monetization models, 343 went with the tried and tested “freemium” model, meaning the core multiplayer experience is free-to-play. As a result, there is no barrier to entry. However, players can purchase skins to customize their play sessions.

Where is Halo Infinite’s roadmap?

As more time went by, the concurrent player count slowly began to dwindle. As a self-proclaimed live service title, Halo Infinite added very few meaningful updates besides bug fixes and balancing tweaks. Three months following its release, the game still doesn’t have any roadmap for the future content drop, which is essential to keep the player base engaged.

Many players in the Halo community have showcased their dissatisfaction towards 343 as they were not happy with the slow pace at which 343 seems to be releasing new content. In response, the Halo community manager revealed that the dev team is hard at work, and the community is being listened to.

Having said that, the live service audience has a high bar when it comes to the constant stream of meaningful updates.

So far, 343 seems to be struggling to keep up with the ever-growing demands of the player base. With fierce competition from other live service first-person shooter titles, it will be a long road ahead for 343 to win back the favor of the community. 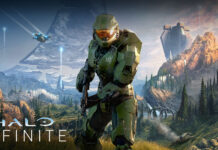 Halo Infinite players are still not pleased with the lackluster in-game... 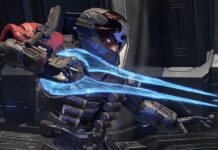 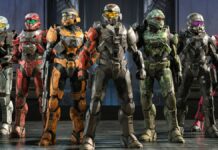 Halo Infinite to receive a crucial patch to deal with blatant... 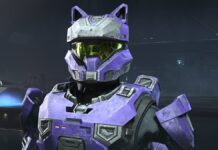 Halo Infinite: How To Obtain The Nail Polish Armor Coating