A Genshin Impact x Pizza Hut Collaboration is apparently in the works. The featured characters are Eula and Amber.

Genshin Impact is an action-adventure game developed by MiHiYo. Genshin Impact is mainly free to play with a gacha monetization system. Players can spend real money to buy primogems and wish for their favorite characters and weapons. It has taken the world by storm since its release back in September of 2020.

Genshin Impact has gotten so popular that it averages around 60 million players daily. Players love the game for its open world, engaging story, well-designed characters, and combat system. Previously Genshin Impact collaborated with KFC, where two characters, Diluc and Noelle, were featured.

And now, some leaks have surfaced that point to a Genshin Impact and Pizza Hut Collaboration that will feature Eula and Amber.

Please take the above leaks with a grain of salt as we do not have any official announcement yet. 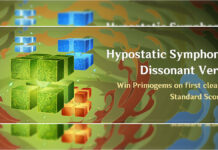