Here is the build guide for Arataki Itto, one of the best Geo DPS characters in Genshin Impact.

Arataki Itto is a playable 5-star Claymore wielding Geo character in Genshin Impact. Itto is the descendant of the Crimson oni and the leader and founder of the Arataki Gang from Inazuma. Arataki Itto is a Geo DPS that does not need any elemental reaction to deal powerful damage. His talents scale with DEF, and he greatly benefits from Geo resonance if paired with Gorou as he can increase the DEF of the whole party.

Arataki Itto is getting his first rerun after the version 2.3 update, and fans are excited to pull for him. Itto can be obtained from the limited-time Character Event banner ‘Oni’s Royale,’ starting from June 21st to July 12th with a boosted drop rate.

Below is a comprehensive build guide for Arataki Itto, one of the best Geo DPS characters in Genshin Impact.

Normal Attack
Perform up to 4 consecutive strikes.
When the 2nd and 4th strikes hit opponents, Itto will gain 1 and 2 stacks of Superlative Superstrength, respectively.
Max 5 stacks. Triggering this effect will refresh the current duration of any existing stacks.

Charged Attack
When holding to perform a Charged Attack, Itto unleashes a series of Arataki Kesagiri slashes without consuming Stamina. Instead, each Arataki Kesagiri slash consumes one stack of Superlative Superstrength. When the final stack is consumed, Itto delivers a powerful final slash.
If no stacks of Superlative Superstrength are available, Itto will perform a single Saichimonji Slash.

Plunging Attack
Plunges from mid-air to strike the ground, damaging opponents along the path and dealing AoE DMG upon impact.

Ushi will remain on the field and provide support in the following ways:

Ushi is considered a Geo Construct. Arataki Itto can only deploy 1 Ushi on the field at any one time.

Time to show ’em the might of the Arataki Gang! For a time, Itto lets out his inner Raging Oni King, wielding his Oni King’s Kanabou in battle.
This state has the following special properties:

The Raging Oni King state will be cleared when Itto leaves the field.

These effects will be cleared once he stops performing consecutive slashes.

Bloodline of the Crimson Oni

Arataki Kesagiri DMG is increased by 35% of Arataki Itto’s DEF.

When a party member uses attacks to obtain wood from a tree, they have a 25% chance to obtain an additional log of wood.

Being a Geo character, we can only recommend Husk of Opulent Dreams, as it is the only suitable artifact set for Itto.

4-piece set: A character equipped with this Artifact set will obtain the Curiosity effect in the following conditions: When on the field, the character gains 1 stack after hitting an opponent with a Geo attack, triggering a maximum of once every 0.3s.
When off the field, the character gains 1 stack every 3s.
Curiosity can stack up to 4 times, each providing 6% DEF and a 6% Geo DMG Bonus.
When 6 seconds pass without gaining a Curiosity stack, 1 stack is lost.

Every 4s a character is on the field, they will deal 6% more DMG and take 3% more DMG. This effect has a maximum of 5 stacks and will not be reset if the character leaves the field, but will be reduced by 1 stack when the character takes DMG.

Arataki Itto has a very limited number of weapon options, including one free-to-play craftable weapon. Redhorn Stonethresher, his signature 5-star claymore, is the best in slot weapon for Itto because of the ridiculously high CRIT DMG stat. Besides his signature weapon, Serpent Spine is the second-best option for Itto because of the high CRIT Rate.

Whiteblind is a craftable 4-star free-to-play weapon which is also great for Arataki Itto because it will provide a lot of DEF% for Itto. Whiteblind can sometimes be better than other 4-star options because this claymore can be easily refined.

Like other claymore DPS characters, Arataki Itto’s playstyle is straightforward. Itto would preferably mix up both Normal and Charged attacks. Normal attacks can get him Superlative Superstrength stacks, to a maximum of five. The glowing markers indicate this on Itto’s back. He can then use these stacks to perform a series of Arataki Kesagiri Charged attacks that will not consume Stamina. If he has no Superlative Superstrength, he does a single Saichimonji Slash.

Arataki Itto’s elemental skill, Masatsu Zetsugi: Akaushi Burst! summons a bull into the battlefield that deals Geo DMG to opponents it hits. Whenever Ushi hits an opponent, Itto gets a stack of Superlative Strength. He can only get one stack in every 2 seconds. The young bull stays on the field until his health drops to zero while taunting the surrounding enemies’ attacks. When Ushi leaves the field, Itto gains another stack of Superlative Superstrength.

His elemental burst Royal Descent: Behold, Itto the Evil! changes Itto’s attack chain into Geo DMG, increasing his Normal attack speed and ATK scaling based off his DEF. He will get full stacks of Superlative Superstrength very quickly, for you to chain into Charged attacks. In this form, his Elemental and Physical RES is reduced by 20% but will gain increased ATK and ATK SPD.

Itto’s playstyle revolves around an entire Geo team, consisting of Gorou, Zhongli, Ninnguang, or Albedo. Gorou is the best support for Itto as he increases DEF for the entire party and acts as a Geo buffer. We don’t recommend Noelle to pair with Itto because she is similar to Itto in terms of playstyle.

Here we listed some of the popular team comps for Arataki Itto.

The materials needed to ascend Itto from level 1 to level 90.

The total number of materials required to level up the talents of Arataki Itto. Please multiply these materials by 3 because there are three types of upgradable talents for Itto.

That’s it for the new Arataki Itto build guide for new and old players. Keep an eye on GameRiv for more build guides and future Genshin Impact content. 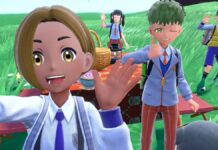