Genshin Impact 3.0 update is almost at an end. With only about four days left, the community is eagerly waiting for the 3.1 update to come out. According to the official announcement, the new update will introduce the Sumeru desert area. We will also get some new characters like Cyno, Nilou, and Candace.

As part of the hype-creating process, HoYoverse recently revealed lots of new information about the upcoming 5-star Electro Polearm character Cyno. In a post on hoyolab.com, they announced Cyno’s Introduction, his Talents, Story, Hobbies, Favorite Food, Voice Lines, and many other things.

Below we will discuss all of Cyno’s available information in detail.

Cyno is the next upcoming Genshin Impact character, set to release in the 2nd half of the 3.1 update. He is a 5-star Electro Polearm user and holds the title of General Mahamatra. Cyno is in charge of supervising the researchers of the Akademiya.

Cyno is an Electro character who can deal continuous damage and gain more bonuses through precise operations.

When he is in this state, you can time uses of his Elemental Skill to match a certain visual cue to trigger the Judication effect, which will increase the DMG dealt by this Elemental Skill instance and fire off 3 Duststalker Bolts that deal Electro DMG.

Calls upon a divine spirit to dwell in him, morphing into the Pactsworn Pathclearer.

Pactsworn Pathclearer
Cyno’s Normal, Charged, and Plunging Attacks will be converted to Electro DMG that cannot be overridden. Cyno’s Elemental Mastery and resistance to interruption will increase, and he gains immunity to Electro-Charged DMG. This effect will be canceled when Cyno leaves the field and lasts a maximum of 18s.

When Cyno is in the Pactsworn Pathclearer state activated by Sacred Rite: Wolf’s Swiftness, Cyno will enter the Endseer stance at intervals. If he activates Secret Rite: Chasmic Soulfarer while affected by this stance, he will activate the Judication effect, increasing the DMG of this Secret Rite: Chasmic Soulfarer by 35% and firing off 3 Duststalker Bolts that deal 100% of Cyno’s ATK as Electro DMG. Duststalker Bolt DMG is considered Elemental Skill DMG.

Cyno is the supervisor in charge of the Sumeru Academiya researchers. His duties are to arrest those who violate the Akademiya’s rules and regulations, terminate illegal studies, and uphold the discipline of the Akademiya.

Nevertheless, researchers feel that this General Mahamatra does nothing but undermine academic progress and prohibit scientific research. Some even claim that he is “cutting off the path to knowledge” and can be seen as a dire threat to any researcher eager to seek knowledge. Over time, researchers have come to shrink away from Cyno in silence whenever they so much as see him, wanting to have nothing to do with him.

But the General Mahamatra is hardly bothered by such things. If this exaggerated public image can really deter some researchers, that will not be an inconvenience for his work.

Hmm… a joke? Ah, I’ve got just the one. Ahem.. There once was a
traveler, stranded in the desert and dying of thirst, who, in desperation, prayed for a Hydro Slime to come their way. But the traveler didn’t realize that at that very moment, a starving Hydro Slime was praying to meet a lone, stranded traveler.. What, not funny? Tsk, I think it’s hysterical.

In my free time, I like to play Genius Invokation TCG with other people. Being able to express so much
creativity and variation within a working rule set makes it more than just a game -it’s an art form.

Rice, meat, and dried nuts, mixed with some yogurt and roasted together… what a wonderful mix of flavors. You can feel the aroma seeping out with the steam as you cut into the crispy outside. It doesn’t even take very long to make; definitely my favorite dish. 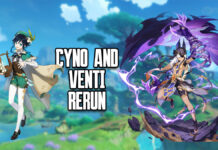 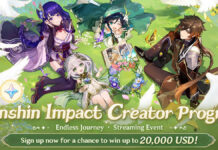 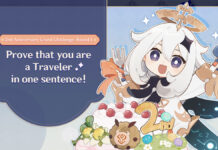 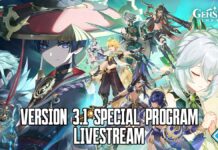 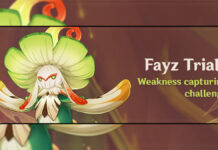