Star Wars and Fortnite are collaborating once again and this time Bobba Fett is part of it.

Fortnite and Star Wars have collaborated many times in the past. Back in December of 2020, Fortnite Battle Royale held an event to promote the release of Star Wars: Episode IX The Rise of Skywalker. We also had the Lightsabers as weapons and multiple Star Wars characters come to Fortnite over the last year.

Although Fortnite has many Star Wars skins, Bobba Fett, a character liked by many was not available in Fortnite. Fortnite fans have been asking for Bobba Fett for a long time to no avail. But that all changed after an announcement that confirmed Bobba Fett’s arrival in Fortnite.

From the promo image, we can also see what might be Bobba Fett’s Pickaxe in Fortnite. 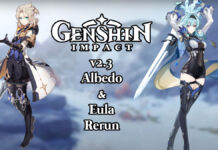