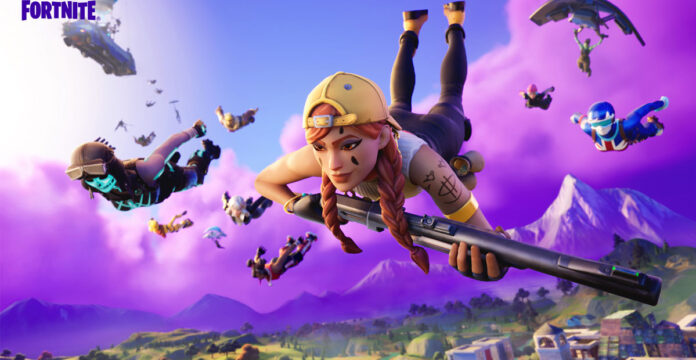 Fortnite Chapter 2 Season 8 began on September 13th, 2021. That means it has already been 2 weeks since the launch of the new Fortnite season. The first of this season, the Fortnite 18.10 update is right around the corner and the playerbase is hyped.

Fortnite leakers previously found that the upcoming Fortnite v18.10 update has more than 1000 test builds. Which is more than even the Fortnite Ariana Grande Rift Tour and Operation Skyfire event updates. So we can expect something big coming tomorrow.

Recently Epic Games teased the possible return of Tilted Towers and also showed a Skull Renegade Raider skin that might come out for Fortnitemares this year. More details will come to light once the Fortnite 18.10 update drops and leakers can get to work.

The FortniteStatus Twitter account recently announced the downtime info for all. According to the Tweet, The downtime for the Fortnite v18.10 update is scheduled for September 28th at around 4:00 AM ET or (08:00 UTC). Matchmaking services will be disabled approximately 30 minutes before the downtime begins.

Fortnite leaker HYPEX made a list of things that we can expect from tomorrow’s update. These are-

Read More: Fortnite Leak hints at the Zero Point Returning to the Island

Fortnite x Destiny Crossover Confirmed Ahead of Bungie Event According to...