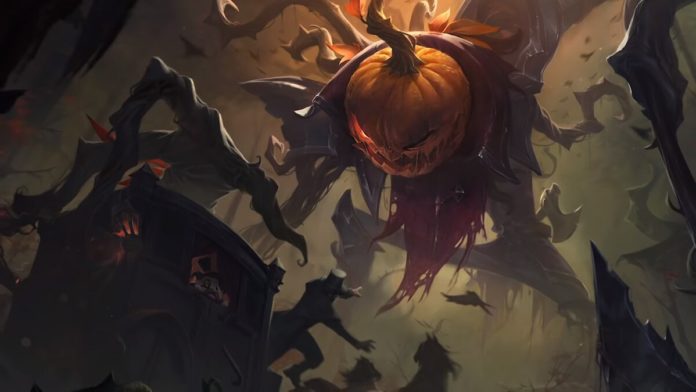 League of Legends’ lead gameplay designer Mark Yetter tweeted that, Fiddlesticks is getting a hotfix buff in patch 10.7 and it is going live this afternoon.

Fiddle is currently not having fun in the rift as he currently has the lowest win rate among any other junglers in League of Legends with just a 42.28% win rate. Although his pick rate is 8.4%, his ban rate is over 51%. His high ban rate clearly shows people haven’t figured out how to play or play against Fiddlesticks yet.

When a champion gets a rework their win rate jumps up, like Wukong where they have to hotfix nerf him just after two days of his rework release. But Fiddlesticks is opposite to Wukong, as, Riot has to hotfix buff him. Riot has also mentioned Fiddlesticks rework as a “rare case” as his win rate is very low and thinks Fiddlesticks is very tricky to play and players need some time to master him.

Riot has also said, “For most normal champs or VGUs, we see their win rate climb over the first few weeks as players learn to correctly play them. But a certain type of champion design that is very trickery focused can have a similarly steep learning curve for opponents, as they get familiar with the types of tricks that they should be looking out for when playing against them”.

As Fiddle has a unique jungle playstyle players are struggling to play him. But with the new hotfix buff and when some player masters his playstyle, Fiddlesticks’ win rate may go up in the upcoming few weeks.