Everything You Need to Know About the New Fiddlesticks’ VGU 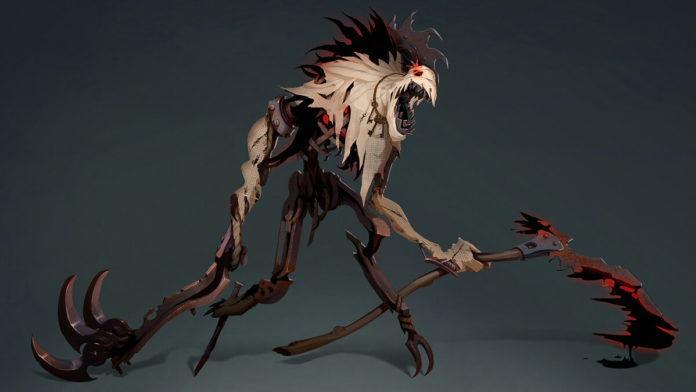 Fiddlesticks’ VGU is set to become the most terrifying League of Legends champion. The VGU team has teased that the VGU is now on a full production with work-in-progress new animations, VFX, modeling, and more.

Gameplay-wise devs want Fiddle to become an ultimate ambush champion with a kit that’s centered around the concept of fear. They have also mentioned that the point click status is still remaining in his kit.

Fiddle is quite similar to some ancient champions like Ornn and Tahm but without any internal organs, a brain, or vocal cords. So, devs are planning to add a projection-type voice over to Fiddle.

One of the biggest changes in the new concept of Fiddlesticks is a long right arm with big sharp claws to accentuate its spookiness. On top of that, they have added a walk animation that highlights that right arm just like any other horror movie.

Animator Luke “LukeHop” Hu said that “When I first saw its character design, I knew that animating Fiddlesticks wouldn’t be easy”. Fiddle is a dangerous predator and has a wired body so they made his movement a little unnatural and lack stability.

In the Scarier Run Animation, there will be two demon arms that will come out of his chest.

Fiddle has an ironic T-pose when he stays idle, so devs are considering to keep his T-pose in the VGU as well.

Jason “Riot Lanky Tree” Chisolm, VFX Artist said, “Green is oftentimes not a very terrifying color unless you’re from the Shadow Isles (then it’s horrifying)”. They are planning to add a new color to represent his demonic entity. Devs chose red and black to make the demonic origin even more apparent.

Crowstorm is one of the few abilities that take a lot of screen spaces and last longer. So, for the channel, they want to push the sense of the demon having an uncontrollable urge to kill to the point where it’s literally bursting out of Fiddlesticks. And after the blink, there will be demonic script, bursts of dark smoke, a bit of distortion, and of course lots of crows.

With all these changes we are clearly gonna see a demonic terrifying character waiting for us.