Donald Mustard Hints at Kevin the Cube Returning in Fortnite

Back in Chapter 1 of Fortnite, a strange Cube appeared on the map. The Cube started rolling around all over the map for the next couple of days and left strange rune marks. A few days later, there was also an event where the cube went under the lake at the center of the map.

The Fortnite community fell in love with the cube and it was named Kevin. Since then we had Kevin the cube appear a few more times in Fortnite. Seems like Kevin the Cube might be making a reappearance once again in Fortnite Chapter 2.

Recently the Chief Creative Officer at Epic Games made a tweet possibly referencing the comeback of Kevin the Cube. His tweet reads,

In Chapter 1, Kevin the Cube rolled around all over the map, so this tweet probably hints at the Cube returning.

We don’t know how the Cube might return but a recent insider leak also claimed that the Cube will be coming back. The leak said that,

“The Cube will be return at the end of Season 7(Controlled by unknown Queen character that will play a part in Chapter 3)”.

So far most of the claims that this supposed insider claimed have come true including the Ariana Grande Concert and Suicide Squad Skins. But as usual, take this information with a grain of salt as Epic is yet to make a formal announcement on the matter.

Fortnite leaker HYPEX said in a tweet that Donald Mustard’s Tweet was testing the return of the Cube. 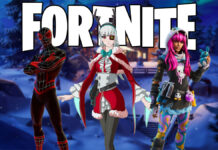 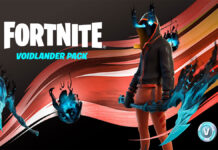