Trace Rifles are enjoying a pretty healthy pick rate as they are quite versatile and can be enhanced further with proper mods and rolls. On top of that, Trace Rifles are highly effective against Crucible players or clearing out hordes of enemies in any given mission, making them a solid pick in the current meta.

Hollow Denial is a legendary Adaptive Frame Trace Rifle that uses special ammo. This weapon is a strong pick since it has amusing new God Rolls. Unsurprisingly, it excels at PvP as it does void damage to the enemy while occupying an energy slot. This weapon was first introduced in season 17 and has crawled into the meta since then. With the red Stone on its core, this weapon looks really elegant.

Ruinous Effigy is an exotic Trace Rifle that was first introduced back in season 11 and became optimal for dominating the PvP content. It is an energy slot weapon that uses special ammo and deals void damage to your opponents. Unfortunately, it is a Shadowkeep DLC Exotic that was released during the Destiny 2 Year 3 update. The cylinder inside those barrels keeps spinning, giving it a more sci-fi look.

Wavesplitter is an exotic Trace Rifle introduced in season 4, and it is one of the strongest picks for PvE content in Destiny 2. It is an energy slot weapon that uses special ammo and deals void damage to your foes. With a good range and impact damage, this weapon is a balanced option in the Trace Rifle category. It features a thin transparent glass that makes it quite unique in terms of look.

Prometheus Lens is an exotic Trace Rifle that was first released in season 2, and it has become fan-favorite for some of the extreme PvE content in the game. This weapon is excellent for killing Bosses and Majors. Also, this energy slot weapon uses special ammo and can deal solar damage to the enemy. The diamond inside its core is always spinning and looks pretty sleek.

Coldheart is an exotic Trace Rifle that was first introduced back in season 1. Since then, it has been great for PvE as well as some of the PvP content in the game. It is an energy slot weapon that uses special ammo and deals arc damage to the enemy. This weapon shoots a leaser bim from the small barrel.

Retraced Path is an Adaptive Frame legendary Trace Rifle that was first introduced in season 15. It is an Energy Slot weapon that uses special ammo and deals solar damage. Retraced Path is a strong pick for both PvP and PvE content in Destiny 2’s current meta. Additionally, this is a rather unique-looking weapon that is really sought after by the playerbase.

Divinity is an exotic Trace Rifle that was introduced in season 8 as Part of the Garden of Salvation Raid Gear Set. Since then, it has become one of the most potent exotic Trace Rifles in the game. It is an energy slot weapon that uses special ammo and deals arc damage to the enemy. This weapon has a rusty look and features a copper hook on its core.

Ager’s Scepter is an exotic Trace Rifle in Destiny 2. And many in the community dubbed it to be an S-tier Trace Rifle with some God Rolls. Although it was recently added to the game, it has already become one of the best Fusion Rifles in the PvP Meta. Ager’s Scepter is a kinetic slot weapon that uses special ammo and deals kinetic damage to the enemy. This weapon has a glass crystal inside it.

These are the top 10 best Trace Rifles in Destiny 2. And as with any list, this one is highly subjective and will change with future updates. Since many of these Trace Rifle can be fantastic if used correctly with proper loadouts, it all comes down to your playstyle. Hope this guide helps, and best of luck out there, Guardian.

Read More: Destiny 2: The Best Hunter Builds For PvP And PvE In 2022 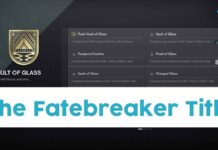 Destiny 2: How To Earn The Fatebreaker Title in 2022 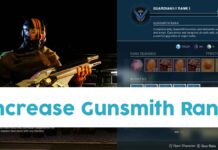 Destiny 2: How To Increase Your Gunsmith Rank in 2022 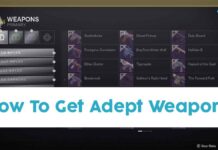 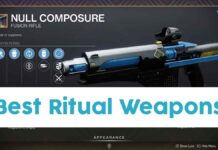 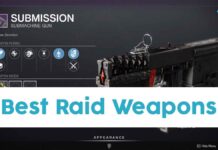 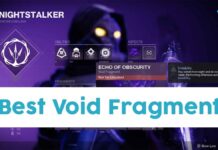