Are you having trouble determining which Glaives are the best in the current meta? Let us help by showcasing some of the most effective Glaives currently available in Destiny 2.

Destiny 2 is a cooperative online shooter game that allows players to take part in a dynamic online world where they play as Guardians. And it’s possible to alter the look and play style of the Guardians by using various abilities, weapons, and other items.

As Destiny 2’s Season 17 is already here, both veterans and new players wonder what the current meta is and what weapons they should bring to PvP and PvE. However, as there are so many viable options in the existing weapon pool, it can be difficult for players to figure out which weapon best suits their playstyle.

In this guide, we will go through the top five best Glaives currently available in the game.

It can be difficult for beginners to decide which Glaives to choose. But, don’t worry. We’ll showcase some of the best Glaives in Destiny 2. Hopefully, this list should make it easier for you to decide which one is best for you based on its stats and mechanics.

Lubrae’s Ruin is a Legendary Glaive that was first released in season 16, and it has become a fan-favorite pick for some of the challenging PvE content in the game. This weapon is excellent for killing Bosses and Majors. Also, this weapon uses special ammo and can deal solar damage to the enemy. And in terms of aesthetics, this weapon features a vibrant green hue with a two-sided fin on its head.

Players can get this from the “Vow of the Disciple” Raid.

Edge of Intent is an Exotic Glaive that was first introduced back in season 16 and became optimal for dominating the PvE content. It is an Exotic weapon that uses Special ammo and deals solar damage to your opponents. Additionally, this weapon has a long handle with a sharp blade.

Players can get this from “The Evidence Board” Exotic quest.

Edge of Action is an Exotic Glaive introduced in season 16, and it is one of the strongest picks for PvE content in Destiny 2. It is an Exotic weapon that uses Special ammo and deals void damage to your foes. Additionally, this weapon is a balanced option in the Glaive category. Visually this weapon looks like a rusty spear with a copper handle.

Players can get this from “The Evidence Board” Exotic quest.

Nezarec’s Whisper is a legendary Glaive that was first introduced in season 17. And it has already been great for PvE as well as some of the PvP content in the game. It is an Adaptive Glaive that uses special ammo and deals arc damage to the enemy. This is by far one of the best-looking glave currently available in the game.

Players can get this from Season of the Haunted Activities.

The Enigma is a Legendary Glaive that was first introduced in season 17 as Part of the Derelict Leviathan Activity Gear Set. This Glaive has a huge blade with a pretty sleek design and a metal finish on it. It is a legendary weapon that uses special ammo and deals void damage to opponents. Again, The Enigma is arguably the strongest pick for both PvP and PvE content in Destiny 2’s current meta.

Players can get this from The Witch Queen campaign.

These are the top five best Glaives in Destiny 2. And as with any list, this one is extremely subjective and will change with future updates. Since many of these Glaives can be fantastic if used correctly with proper load-outs, it all comes down to your playstyle. We sincerely hope you found this guide helpful and learned something new. Best of luck out there, Guardians. 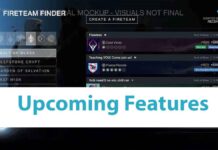