Best VALORANT Agents for Icebox in 2022

Riot released Icebox back in the October of last year. Due to its complex terrain and design, the map received a lot of criticism from the VALORANT community.

Icebox features its own challenges and advantages. While professionals quickly learned and adapted to the map, regular players lagged behind. After receiving huge criticism from the community, Riot brought some changes to the map to create a more balanced environment. Even after such an update, Icebox is still not a comfortable place for many players.

The only viable option is to adapt like the pros, and that process starts from choosing the right agent. Playing in Icebox will be more challenging if your agent of choice does not match your playstyle. With that comes the responsibility of picking the right agent for the job. Currently, there are four classes of agents in the game, Duelist, Controller, Sentinel, and Initiator.

These four classes represent different play styles and characteristics. In this guide, we’ll be talking about the abilities of each agent and test their potentials against the ever harsh terrain of Icebox.

Raze’s signature abilities like Boom Bot, Blast Pack, and Paint Shells are extremely useful in Icebox. She is able to perform her basic tasks like clearing corners, pushing through choke points, and getting early kills with ease. Thanks to the Blast Pack, she is also able to get into elevated positions and pick enemies off guard.

Jett, however, has the standard task of carrying the Operator. Due to her abilities like Tailwind & Cloudburst, she has a free ticket home whenever she feels endangered. Such movement abilities combined with the Updraft make Jett an unstoppable force in Icebox.

Reyna is also a great agent to pick in Icebox. Just like Raze, Reyna can also perform all the basic tasks of a Duelist. Her abilities like Leer and Dismiss allow her to secure entry kills and get away from trouble whenever necessary. Additionally, her Devour ability makes her self-reliant.

Phoenix in Icebox is a difficult agent to pick. Although Phoneix packs some similar abilities to Reyna, his Curveballs and Blaze often seem mediocre on the map. Icebox features tightly packed angles and the most amount of choke points, and his curveball cannot travel through walls or corners, which is a big disadvantage compared to Reyna’s Leer. Additionally, Phoenix takes a long time to heal, and his walls can often hurt teammates.

When Yoru was first introduced, professional players considered him a good agent to pick in Icebox. However, after some meta changes, Yoru became somewhat irrelevant to the map. As a result, pros usually avoid this agent in high stake matches. Even after such low presence in VCT, Yoru can be utilized to a certain potential if his abilities are being properly used. His lurking potential is huge on the map.

Viper as Controller adds great value to the team. In Icebox, her Toxic Screen is a widely used ability by the pros, and this Toxic Screen basically provides almost free entry to any site in Icebox. Additionally, Viper’s Poison Cloud & Snakebites are great post-plant abilities.

Omen is also a decent agent to pick besides Viper. Players who are more comfortable with a more straightforward playstyle should choose Omen as their default. Omen’s lurking ability on the map is what makes him special, and his Shrouded Steps and Ultimate ability can heavily confuse the enemy. Similarly, Omen’s Paranoia works as a supplementary flash for the team.

In Icebox, Astra’s abilities don’t add bring anything extra to the table. Just like Breeze, this map is simply too large to utilize her abilities with good precision. Except for her Ultimate, all of Astra’s abilities are heavily dependent on some carefully placed Stars. Once placed, these Stars can be easily ignored by the opponent. So, it’s highly likely that her abilities won’t make any significant difference.

Brimstone’s arsenal of abilities makes him a great agent for post-plant scenarios in Icebox. His Sky Smokes is a good ability to have, but it’s still difficult to utilize these smokes properly if the team is not coordinated enough. In addition to that, his Stim Beacon is pretty much useless on the map. However, Brimstone’s Orbital strike and Icendiary are not to be underestimated, especially during post-plant situations.

Killjoy’s Turret and Nanoswarms are vital abilities to have on this map. Her deadly combination of Alarmbot and Nanoswarm can also defend sites and damage the opponents. In Pistol rounds, Killjoy’s Turret literally works like an additional player. Since the map is huge, her lockdowns are not always the most effective in most cases, but it still poses a formidable threat to the opponent.

Sage’s pick rate has been consistently high across multiple VCT events. Icebox features some unique advantages for Sage. Her Barrier Orb has become essential to block the entry to the Kitchen Area of the map. Similarly, her Slow Orbs combined with Killjoy’s Nanoswarm is a lethal threat to anyone trying to pass any choke points. On top of that, Sage’s Ressurection ability can shift the balance of a game in seconds.

In Icebox, none of Cypher’s ability has anything impressive to offer. His Tripwires and Cages aren’t simply enough to cover anything, and Cipher’s two Tripwires are not able to detect Flankers since it’s too easy to find a bypass route. On the other hand, using his Spycam is not a viable option either due to the enormous size of the map.

With his Owl Drone & Recon bolt, Sova is able to extract information from deep within enemy positions. Especially in Icebox, Sova is twice as effective since he can lineup his Recon Bolt or Shock Bolts and practically land them anywhere. Sova’s Ultimate is also a huge asset for post-plant scenarios.

Almost as competent as Sova, Skye is also a great choice if your playstyle is a little bit more on the aggressive side. Skye’s Guiding Lights and Trailblazer are effective abilities to help speed up actions in early rounds. Aside from her offensive abilities and provides an upper hand in dire citations.

Initially, almost every professional team experimented with the infamous Breach and Jett combo. However, the unforgiving close-quarter battles of Icebox withstood all tests & experiments and proved Breach’s inability to create chaos on the map. After some recent updates, Breach is now even less capable of creating early-round leads for his team.

Recently released, still fresh on the battlefield, KAY/O still has a long way to go before pros consider him as a good fit for Icebox. Although KAY/O’s Duelist-like attire might attract some players, all his abilities on Icebox are ultimately overshadowed by Sova or Skye’s abilities. So, KAY/O is still not a capable agent to pick in Icebox. However, in your regular ranked matches, KAY/O might be an ideal agent to try out new lineups & tactics.

Icebox is still an unsolved mystery for many players. While Tier-1 VALORANT teams have dissected the map many times over, regular players are still catching up to the map’s undiscovered features. Some pros in the community still think of Icebox as the worst map released by Riot so far. Whatever their opinion is, there is no way you can dodge the map since VALORANT doesn’t feature a map selection option. So, the only option is to practice and adapt like the pros.

Best VALORANT Agents for Breeze in 2022

Best VALORANT Agents for Haven in 2022

Best VALORANT Agents for Ascent in 2022

Vandal vs Phantom: Which is the best rifle in VALORANT 2022? 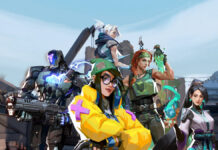