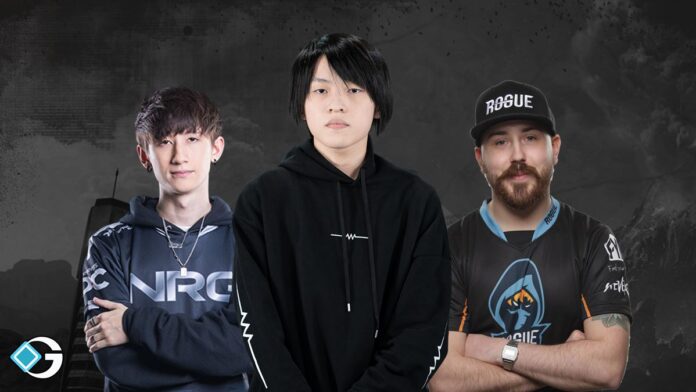 This article will feature the top 10 best movement players who are currently dominating the Apex Legends in Season 15.

Movement is one of the most prominent and unique features that separates Apex Legends from the rest of other Battle Royale and FPS titles. Players have been learning and practicing innovative movement techniques to truly experience Apex Legends since the game’s release.

Almost everyone in Apex Legends can do basic to advance movement tricks in the game. However, some specific players’ movement abilities remain exceptional and unmatched compared to the average player base. These players can easily impress anyone with their flashy gameplay, making them fall in love with the game.

In this article, we will feature ten such players who astounded everyone with their movements in Apex Legends. Almost every player in this list is known by the Apex Legends community, as they are really popular and have a huge fan base.

As mentioned earlier, this article will list the 10 best movement players currently dominating Apex Legends. These players are also referred to as movement gods by many people in the community. Additionally, they are the best of the bests when it comes to movement in Apex Legends.

As everyone is insane and can dominate a lobby pretty easily, ranking them from best to worst is pretty challenging. However, we’ll still rank the players based on what we think are currently the best movement players in Apex Legends

So, here are our top 10 best movement players in Apex Legends:

Alexander “Skurul” Mittelsteiner is one of those players on this list not known by many. However, he is a movement god. Skurul typically mains Pathfinder and does insane movement tricks that’ll instantly blow your mind.

He hits insane grapples that take Pathfinder to distances anyone can only dream of doing. Additionally, his Zipline tricks are so satisfying that you won’t be able to take your eyes off them. Undoubtedly, he is one of the world’s best Pathfinders and movement players in Apex.

If you are a fan of movement in Apex Legends, you most likely know who Faide is. Cole “Faide” Caswell is one of America’s best movement players. His signature Legend is Wraith.

Faide is not only an insane movement player but also a great entertainer and content creator. As a result, he has a massive following on Twitch and YouTube.

Brandon “Aceu” Winn does not need a formal introduction. He is one of the very first players who made the movement techniques this famous in Apex Legends. He blended Apex’s movement into a form of entertainment and garnered a considerable following down the line.

Although Aceu had been a Wraith main, he doesn’t main any specific Legend anymore. Any character he plays becomes a movement junkie. His movement prowess made him popular in the Apex community. Even famous pop singer and rapper Post Malone praised him for his insane movement.

Svend-Erik “Taxi2g” Høegh, more commonly known as Taxi, is a Danish player with a huge following on Twitch. He regularly streams and is known by thousands of players in the Apex community. Even pro players are fanciers of his movement skills.

Like Faide, Taxi2g is also a great entertainer. However, he doesn’t stick to only one Legend. Taxi can do very well with any Legend in the game, and people wouldn’t know a difference. His movement abilities will make you appear as though you have little mastery of Apex’s movement. He is that talented.

R3kt isn’t as popular as the other players on this list. However, it doesn’t make him less capable than anyone else. He does not have a massive following on Twitch or YouTube because he doesn’t stream Apex Legends regularly.

But whenever he performs, you won’t even be able to tell that he hasn’t been playing lately. R3kt will wreck anyone that’ll come his way because not only does he have good movement skills, but he also has an insane aim. So, R3kt certainly deserves a spot on this list.

Yuga “YukaF” Horie is a Japanese player currently playing for Fnatic. Most of the best movement players are great entertainers and content creators. They primarily play pubs because it is easier to move as they please in pubs compared to higher Ranked or tournament matches.

However, YukaF doesn’t care about all those. He will style on players, whether in pubs, in Predator Ranked, or in ALGS.

Mikkel “Mande” Hestbek is a Danish player who is currently playing as a sub for Alliance. Formerly, he played in ScarZ with Rpr and Taisheen. Mande is one of the few players who don’t do movements just for fun and style points.

He is always efficient with his movements. However, he will surely make his enemies suffer when he gets into god movement form. He usually mains Pathfinder and has a significant following on Twitch. Additionally, he is also a great entertainer. So, he usually has lots of constant viewers on Twitch.

Ludvig “stormen” Storm is a Swedish player and the only one in this list who mains Octane. Whenever you hear the name Stormen, a red and flashy devil-like Octane Legendary skin pops up in your mind who is always on stim, running with a Sentinel and an R99 in his hands.

He is more than just an entertainer and a pub stomper. He also shines in Ranked and easily wows even the pros with his movement skills.

If you play Apex Legends or VALORANT, you must’ve heard of Timothy “iiTzTimmy.” He is very similar to Aceu in terms of playstyle and movement. So, people also jokingly call him Aceu’s half-brother. iiTzTimmy is the only player to complete a Bronze to Predator challenge in a single stream, so he is not just an ordinary player.

Extessy will question your preconceptions if you believe a controller player cannot be a movement god. Although there are limitations to how much you can do with a controller, Extessy can do all of them without any issues. He is such a player who makes the MnK players feel inferior in terms of movement.

So, there you go! These are currently the best movement players in Apex Legends. And, as mentioned earlier, every one of these players is great, and you can place them anywhere on this list. Every player in this list has their specialty and uniqueness.

Additionally, there are also other players who could not be mentioned in this top 10 list. However, we’ll update this article regularly, and some players might take over others in no time. So, keep an eye on the article to find the best movement players of 2023 in Apex Legends. 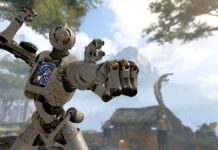