After the Day 1 hotfix, Riot to once again hotfix buff League of Legends’ newest champion Akshan.

The Rogue Sentinel just made his debut while arguably having one of the best kits in League of Legends. His E – Heroic Swing is one of the most fun abilities in the game while his W – Going Rogue can literally revive his dead teammates.

Before his launch, many believed his entire kit would be “broken” in the game, but after his release, the stats tell a different story. According to Riot, after 24h of his release, Akshan just had around a 34% win rate. For which Riot hotfix buffed his base stats and Q cooldown.

“We’re aiming for a ~2-2.5% buff here,” Riot Jag after the first hotfix. “He’s currently at 34% and we do expect him to grow a fair amount, but are confident he needed a little help.”

Although his win rate did increase after that Day 1 hotfix, his current win rate of 40% at mid and 38.30% at bot are still the lowest in the game.

Therefore, League of Legends’ Lead Game Designer Riot Jag has once again confirmed that Akshan is getting his second hotfix buff in patch 11.15.

“We were very cautious of his revive mechanic in terms of release balance,” Riot Jag on the second hotfix buff. “That said, he’s still at a very low win rate and so may have been too conservative.”

According to Riot, this hotfix will be his last buff in patch 11.15. And they will reassess Akshan in the next patch. 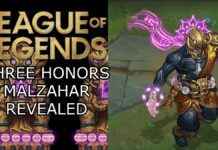 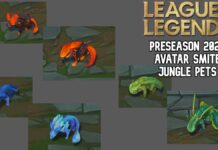