Here is a complete tier list for all the best classes in Xenoblade Chronicles 3.

There are 24 different classes inside Xenoblade Chronicles 3, and they all have different abilities and power. However, not each of them is worth using inside the game. The Three roles divide each into the 24 classes of the game. So below, we have made three different tier lists, including all the classes inside each role.

In the S-tier of the above roles, we have included classes that are the best to use in the game. They are best in their respective roles and surely do pack a punch in what they do. By choosing them in the game, you will not only be at an advantage but also have fun playing them.

The A-tier consists of good overall classes like Heavy Guard, War Medic Soulhacker, and more. All these classes are great, and if you manage to use them well enough, you could get more out of them. This Tier includes classes with good potential and can be very useful in the game.

The B-Tier consists of characters that are not the worst to use. However, they are not the ones that should be your first choice. They are decent characters but don’t have the power to give your enemies a sucker punch in the game.

This Tier consists of classes we don’t recommend using if you are playing the game competitively. You can visit them if you want to try different classes and have fun. These classes dont manage the roles given to them perfectly, so using them could make you fall into a pickle during battle.

Each character can be played using all the classes, but they can be the most useful if you use them using a particular class only.

Inside the menu, when you choose your character, the game will show you the rank of each class, depending on your character. Moreover, there are around 24 different classes in the game, and below we have added the best characters to choose from.

Ogre is a strong character class that you can easily adapt to and cause an uproar in the game. Thanks to its hammer and abilities, you can quickly wipe out groups of enemies. While it has slow attacks, the knockdown ability and attack output make up for them. Moreover, Ogre also has abilities that will boost your stats while on low health. Moreover, you can check out the complete breakdown of her abilities below:

To get the Ogre class, you will have to get Sena which has Ogre as her default starting class. Sena is one of the main characters in the game, so you will have this class since the beginning of the game. However, if you want to unlock this class for another character, finish the “The Hillside Hulk” quest in chapter two to get the ability to change classes for characters in the game.

Defender classes are important to give your healers and attackers time and cover to engage with the enemy. If you consider this class, Lanz is the character you should use to get the best out of it. Furthermore, you can use this class to absorb damage and provide your teammates with defensive buffs. Apart from its good support skills, this class also does have attacks that can surprise the enemy. In fact, you can check out the complete breakdown of this character class below:

Monica is the default character that has this class, so to unlock the class, you will first have to unlock Monica. To get her, you will have to finish the Vandham’s Heir quest in Chapter 5.

Incursor is an attack class you can play in Xenoblade Chronicles, which you can use to get those sweet critical hits. Using this class, you will need to specialize in using Swords to hit your enemies. The main goal of this class is doing lots of damage, and you can do that if you use this class along with the character, which brings out the best of it. The default character Noah is one of the starting characters in the game and is the best when using Incursor class.

To get this class, you must complete a “Her Reasons” quest inside Chapter 3.

Inside Xenoblade Chronicles 3, healers and support characters play a massive role if you manage to utilize them well. The best healer class inside Xenoblade is War Medic, which offers a range of buffing and debuffing skills. Even though this class does not provide many offensive options, its range of abilities which provide a good amount of support is good enough.

You must finish “The Kind Right Hand” quest to get this class. Upon completion, you can use this class for all your characters.

Strategois is a class that has more offensive abilities than healing ones in the game. He can provide you with many different kinds of buffs and debuffs, making him a viable character to use in the game. Even though this class does not have many healing abilities, he can still keep characters alive on the battlefield and deal damage.

To get this class, you will have to finish the “Unwavering Resolve” quest in Chapter 4. The quest is pretty simple as you must hunt and rescue people.

Check out more guides from Xenoblade Chronicles 3 like, How To Unlock & Use Fabricator, Best Accessories For Each Class, and more! 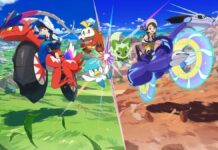 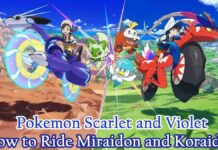 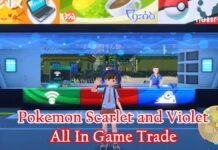