Why is Mei Disabled in Overwatch 2 and When Will She Return?

One of the popular Overwatch 2 characters, Mei, has been temporarily disabled due to a game-breaking bug. But don’t worry, as she’ll return very soon.

Overwatch 2 is live on a full scale, and millions of players are overflowing the servers, enjoying every bit of it. Despite its bumpy launch, Blizzard has managed to make the game quite stable, with a bunch of bugs and errors fixed with every update.

However, there are still some major to minor issues present in the game, which is expected. A few days back, Blizzard made Bastion and Torbjörn unavailable due to some issues with their kits. They were put into the game eventually.

Similarly, players have found a game-breaking exploit with Mei that caused chaos in Overwatch 2 servers. As a result, Blizzard has temporarily taken Mei down from Overwatch 2. But, in a recent announcement, they made sure to bring her back.

Read more: Overwatch 2: How to Ping On PC and Console

Many reports and clips were detected regarding a Mei exploit recently. Apparently, Mei can use her Ice Wall to send her teammate to “unintended locations” which gives them unfair advantages and ruins the fun experience for many.

So, as soon as Blizzard noticed this issue, they took Mei back from the game until they fixed it permanently. But for how long will she be unavailable?

When Will Mei Return?

“We are temporarily disabling Mei to address a bug with her Ice Wall ability that allowed heroes to reach unintended locations when used with their abilities. We are working to address these issues as quickly as possible and aim to bring Mei back in our next upcoming patch which is set for November 15. Thank you for your understanding and patience.”

So, if everything goes according to plan, we can expect Mei to return on November 15, 2022, with the next big update. Until then, Mei fans have to play with other Heroes.

To find out about more DPS Heroes, you can check out our DPS Heroes tier list and pick an alternative to Mei in the current Overwatch 2 meta.

Russia May Ban Apex Legends and Overwatch 2 For Promoting “LGBTQ...

How to Fix Stuck in Spawn Room Bug in Overwatch 2

Overwatch 2: How To Play Lucio Guide 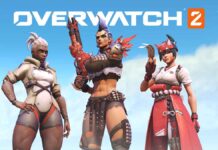 Overwatch 2: How to Fix Battle Pass Not Working Error