League of Legends: Wild Rift, also known as Wild Rift, is a MOBA (Multiplayer Online Battle Arena) created by Riot Games for iOS and Android. It is a mobile version of League of Legends with simplified mechanics. The game was released in 2020 and has been one of the most popular MOBAs in the mobile market.

The ease of access is one of the significant reasons for Wild Rift’s popularity. Compared to League of Legends, Wild Rift is a very fast-paced game. Each match takes around 15-20 to finish, so you can play a quick game if you are short on time. Since you can play Wild Rift on your mobile devices, it is possible to play it almost anywhere.

Wild Rift has a lot of champions and skins from League of Legends. But more importantly, Riot games have given Wild Rift players exclusive skins. These exclusive skins are cool looking and offer a variety of unique designs.

With patch 3.4 coming this Sept 15, Riot games have given us a sneak peek into their newest exclusive skins.

Superhero Jayce is the newest Jayce skin coming to the Wild Rift. The skin imagines Jayce as a superhero that saves people and delivers swift judgment to the evil-doers. Thematically, the skin matches well with Jayce’s lore. Jayce is called The Defender of Tomorrow in his lore, so it is fitting for him to receive a Superhero skin.

Lightning Squirrel Kennen reimagines Kennen as a Lightning-themed ninja. Although Riot didn’t reveal much about the skin, the skin seems to be inspired by Ryu Hayabusa from the Ninja Gaiden series.

This skin could be the villain counterpart to the Superhero Jayce skin, or it could be a stand-alone skin. Overall, it is a cool-looking skin, and we hope to get the skin in League of Legends as well.

The release date of the skins has not been confirmed yet. But, according to the SkinSpotlights Twitter account, the skins will most likely be released in patch 3.5, Nov 17, 2022. 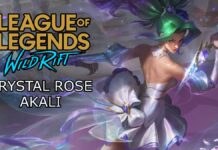 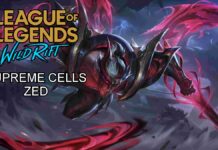 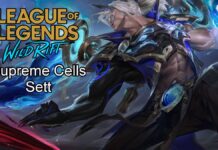 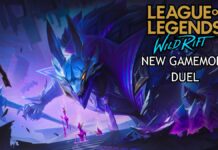 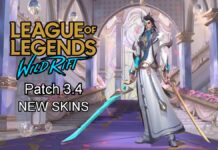