Ahead of the Alpha test, Riot Games has revealed new splash arts of Soraka, Foxfire Ahri, Sorceress Lux, and Brolaf.

League of Legends: Wild Rift is Riot Games’ newest title for both console and mobile devices. Recently, Riot Games announced that they are launching Alpha test for the Wild Rift, starting June 6 for the players in Brazil and the Philippines.

Riot Games also introduced 36 champions who are going to be featured on the Alpha test including few skins. And, today, Wild Rift’s Brazilian Instagram account revealed some of the new splash arts of Soraka, Foxfire Ahri, Sorceress Lux, and Brolaf.

In the Wild Rift’s announcement, Riot Games mentioned they will completely follow the League of Legends business model. This means there will be no pay to win materials in-game like other mobile games.

Riot has not revealed the release date and price of the skins in Wild Rift. 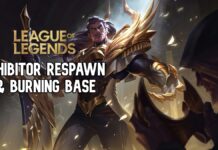