MultiVersus: How To Get Gleamium Fast

Gleamium is another important currency in MultiVersus, and you can do many things with it. This guide will show you all the best ways to get Gleamium fast in MultiVersus.

Multiversus is the most recent and one of the greatest games to hit the market! You’ll find all 19 fantastic characters from various platforms such as Warner Bros., DC Comics, Carton Network, and many more! In the game, there are different currencies like Gold and Gleamium with which you can purchase and unlock exciting items.

Gleamium is another purchasing medium in MultiVerusus with which you can buy new Characters and decorative items. You can get Gleamium fast if you know some easy tips and tricks.

How To Get Gleamium in MultiVersus

There is only one to get Gleamium which is by buying them from various online stores like;

You can buy Gleamium with real-world currency and also in Dollars, which are;

You can buy separately, or you can buy Founder’s Bundle Packs. Use these Gleamium to unlock new Characters and get the full excitement of the game. If you want, you can buy Bundle Packs to save money. Moreover, these Gleamiums would help you go forward in your game. And you will be able to play with more players in MultiVersus.

Or, if you want to try it out, you can play safe and buy less Gleamium first. But you won’t be disappointed, that is assured. Gleamium is another important currency like Gold in MultiVersus. But unlike Gold, you have to buy Gleamium with money. But you can get Gold if you play really well and complete missions.

Get more updates from MultiVersus; Best Characters Tier List, How To Toast Another Player, How To Change Name, and a lot more! 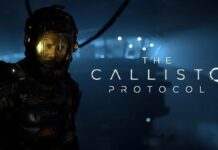