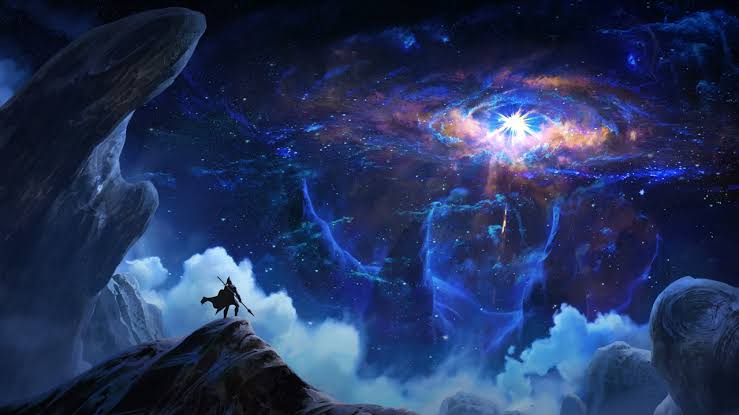 League of Legends Champion height and weight concept list by u/KestrelGirl. Height and weight measurements of all the champions are concepts unless it’s stated that they are confirmed somewhere.

Anivia – Her wingspan is about 450 feet/137.16 meters. That should tell you everything. She’s ginormous.

Bard – is infinite. Well, his earthly manifestation is probably slightly larger and much fatter than the average human. But he’s infinite.

Blitzcrank – 9′ / 2.74m, 950 lbs / 431kg – Using Boom Boom Blitz’s art as a basis: ring ropes are usually around 4’4 tall. Depending on the alloy and his internal workings, his weight could actually be way higher. Or lower. Hextech stuff may not weigh very much.

Evelynn – 5’4 / 164cm, 125 lbs / 56.7kg – This height is corroborated by the K/DA website but remembers that Eve also shapeshifts into whatever her target desires most, so this, of course, may vary a LOT.

Fiora – 5’11 / 180.3cm, 160 lbs / 72.6kg – Height from Ironstylus, weight-based off a female rower of that height. Fiora might be a little lighter than this, as a duelist who mainly relies on precision more than strength, but she could also be pretty ripped.

Janna – She’s a spirit, no concrete size or weight.

Karthus – 5’3 / 160cm, 75 lbs / 34kg – bones bones bones. Short because he was malnourished in life. The height is from old Riot info and should still hold true according to a more recent support ticket.

Kindred – They’re dead. Technically speaking they are infinite. Based on their splash – comparing them to the body of the woman beneath their feet – Lamb is ~4′ / 122cm tall and Wolf’s something like 6′ / 183cm long, but that’s probably just the form in which they appear to humans.

Lissandra – 6’4 / 193cm, ?? – The weight is impossible to guess with this one because at what point does the person end and ice begin.

Malphite – According to resident height estimator Hyper10sion, he’s 340′ / 103.6m from head spike to toe. His Shamrock skin bio puts him at 20 tons / ~18140kg but considering he’s a literal fucking mountain as of recent lore, he’s probably about to grow a lot.

Ornn is “as tall as three frost pines.” He could be gargantuan, as in a few hundred feet/100m tall, or frost pines could be stunted by the cold climate and he could be 15’/4.6m tall. Judging by how he appears to other champions, though (he explicitly says “don’t hug me!”), he might be able to change size, so when he appears as a god-like in one of his short stories, he’s huge, but when he’s chilling and fighting and forging stuff he’s smaller, perhaps Braum-size. Hyper10sion puts him at 265′ 9″ / 81 meters tall, so closer to the upper end.

Pantheon – 5’9 / 175cm, 205 lbs / 93kg – Height from Riot, weight estimate from Hyper10sion. A beefy and well-oiled Greek fighting machine. He’s seemingly on the short side for a Rakkor, considering that Leona is a veritable giantess.

Rek’Sai – According to Hyper10sion she’s about 30 feet / 9.1m long weight is not guessable.

Sejuani – 6’0 / 183cm, 185 lbs / 83.9kg – You do not mess with Sejuani. As for Bristle, some massive boars killed by hunters apparently weigh up to half a ton and are up to 9′ long, easily big enough to ride. They might be photoshopped on Earth, but they could certainly exist on Runeterra so that sounds like Bristle to me.

Senna – 5’7 / 170cm, 120 lbs / 54.4kg – Lucian appears to be several inches taller than Senna, who is slim and athletic. Senna is also shown next to 5’3/165cm Akali in True Damage artwork and has to crouch down a bit to fit her and (very short) Qiyana in the picture, supporting this height guess.

Sylas – 6’3 / 190.5cm, 200lbs / 90.7kg. The collar and shackles add 80-100 pounds depending on the density of patricide, significantly more than your average suit of metal armor if that helps give any scale. He is shown as being slightly shorter than Garen. Even with Sylas’ hunchback, Garen is still taller.

Tahm Kench – Seems to change the size to accommodate his victims.

Riot is disabling /all chat in matchmade queues from LoL patch...

Viego, Teemo, Lux, Xayah, Jinx, and Sion are getting buffs on...