Genshin Impact v2.7 came out about a week ago. The new update introduced us to the new 5-star Hydro Bow character Yelan. Additionally, we got new quests as well as the Perilous Trail event. After the almost 1 month-long hiatus of Genshin Impact, this 2.7 update has brought back new engrossment among the playerbase.

Following the Genshin Impact 2.7 update, we are supposed to get v2.8. From the leaks and data-mined info so far, we know that v2.8 will also be packed with content. So, after Genshin players finish the 2.7 content, they will eagerly wait for 2.8 to come out.

And then, finally, we will have a new region, Sumeru, unlocked to us. Sumeru will be the 4th Teyvat region where the traveler will continue their journey. A new region means new characters, quests, puzzles, chests, enemies, events, and so much more. Currently, we know very little about Sumeru except for some details.

Popular Genshin Impact leaker and data miner Zeniet recently shared some info about the Genshin Impact 3.0 Beta Test recruitment on Twitter. In the Tweet, They said,

“Hoyoverse is already starting to recruit testers for v3.0 As you can already tell, it’s gonna be a big one.”

The Genshin Impact official Discord server recently posted an announcement asking players to apply for the upcoming Beta Test. The requirements for applying to Genshin Impact Beta are- 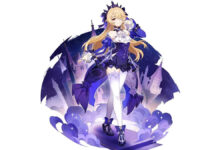 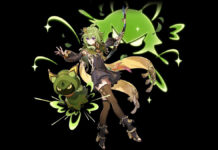