How to get the Scorpion Gun in Halo Infinite 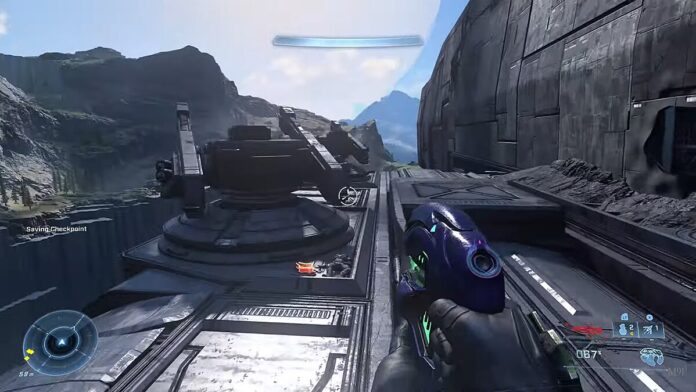 In this guide, you’ll get to know how to get the unfairly overpowered Scorpion gun in Halo Infinite.

Halo Infinite is the much-needed comeback the series needed. The multiplayer is a blast to play, just like the classic Halo games, in addition to a fantastic campaign that tells the newest struggles of Masterchief and his friends. Although the story mode still fell short in some ways, there’s no denying the experience was fresh and exciting.

The game has its bugs and glitch that affect in-game items, battle pass progression, and performance. Usually, glitches work against the gameplay experience, but this one particular glitch works so well, anyone would think of it as a hidden item. That is the secret Scorpion gun you can carry and use like any other weapon.

This secret weapon lets you carry a Scorpion cannon as a weapon. Hence, allowing you to blast away any enemy, vehicles, ships that come in your path. Moreover, this has infinite ammo so that you can rain fire as endlessly. Sounds perfect for a Legendary playthrough.

Even though it sounds and works like some hidden guns that you get as a reward for your curious exploration, it is just a bug. It’s even confirmed 343 Industries employees. So have fun with it while you can because it might just get patched out. Or maybe they’ll leave it out for the fans to enjoy.

In this guide, we’ll walk you through how to get the Scorpion Cannon gun in Halo Infinite.

Read more: How to change difficulty in Halo Infinite?

Portable Scorpion Cannon Gun location and how to get it

The weapon is only obtainable in the very early portions of the game. After you are done with the first two missions. You will see that you finally land on the war-torn Zeta Halo. This is where the third mission starts and introduces you to the open-world gameplay of Halo Infinite.

You will be tasked to clear Outpost Tremonius and call the Pelican to pick you up. This is where you can find the Scorpion gun. This part of the mission is action-packed as enemies are ready to take you out here. But that won’t be too much of an issue as you will wield the dreaded Scorpion Tank Cannon.

At the outpost, look to the right walls and you will notice two large turrets on a crashed-down ship. Use your grappling hook to reach the turrets. Climb atop the second turret emplacement and walk near the barrels. You will see the “pick up” prompt appearing. Press the interact button to pick up the Scorpion gun. The process is very easy. Relatively new gamers might need a few tries to properly land on the platform with the grappling hook.

When you equip it you’ll see no gun model or character model holding it, just the crosshair. The best thing about this is that the Scorpion gun has infinite ammo. Moreover, you can switch between weapons. But remember that if you pick up another weapon in its place it will be lost forever. You cannot get it a second time from the turrets too. So use it to your heart’s content before replacing it. Just remember that the gun works exactly like the Scorpion. So fire it horizontally, or jump whenever you are firing to avoid hitting the ground.

There you have it, you now wield probably the most devastating and fun weapon in Halo Infinite. Unless players manage to find another gun like this, a giant Plasma cannon would be nice.

Let the Banished know their days are up. You can even try to complete the game on Legendary with this.

Let’s just hope the devs don’t remove this with a patch.

Read more: All the games releasing in January 2022