Genshin Impact is an action-adventure game developed by Mihoyo. The game is mainly free to play with a gacha monetization system. Players can use real-world currency to wish for new characters and weapons. Genshin Impact is currently hugely popular and is available on multiple platforms including PC, PlayStation, Andriod, IOS, and Switch.

Genshin Impact’s content updates usually include new events with occasional new areas to explore. The events are a huge part of Genshin Impact as they provide veteran players with something to do and also offer free in-game rewards.

Some new Genshin Impact leaks have revealed a new event called “Thunder Crash” the might be coming in a future update. Players can earn a free Beidou from this event as the leaks suggest.

Genshin_Intel on Twitter recently revealed some info about the upcoming “Thunder Crash” event. In the event there will be 4 types of challenges and players will be awarded two types of event currency for completing them. According to Genshin Intel’s Tweet,

“In this event (officially named “Thunder Crash”) there are two types of currencies: Storm Sleet (challenges 1-3) and Crackling Crystal (challenge 4). https://genshin.honeyhunterworld.com/db/item/i_2034/ https://genshin.honeyhunterworld.com/db/item/i_2035/ You can use 1000 Storm Sleet and 1000 Crackling Crystal to redeem a free Beidou.”

Below are some details of the challenges-

“Challenge 2: Time Trial Challenges featuring explosive devices that are charged by electro attacks and nearby characters carrying electrograna or electro element. Fully charged devices will explode, damaging mobs as well as the player (unless you are carrying a electrograna).”

“Challenge 3: Move from one location to another within a time limit, similar to Full Speed Ahead commissions. Character carrying electrograna or electro element can move faster by blinking between electrodes”

“Challenge 4: An event dungeon featuring Perpetual Mechanical Array. Besides its appearance in this event dungeon, this new boss is also a 40-resin World Boss that drops Ayaka ascension materials.”

As always take these leaks with a grain of salt as Mihoyo might change some aspects upon the final release. 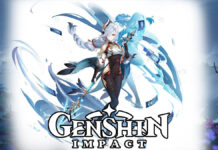 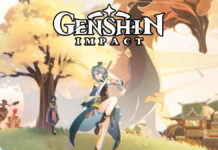