Here’s a complete guide on how to make Genshin Impact’s Electro Archon Raiden Shogun, a.k.a Baal, as powerful as possible.

Genshin Impact is a free-to-play open-world action RPG created by Chinese developer miHoYo. Since its release in 2020, Genshin Impact has introduced up to 40 playable characters in its lineup. Among them, Raiden Shogun, who is also known as Baal, or Beelzebul, or Raiden Ei, is a 5-star character. She is the Electro Archon of Inazuma who uses an Electro Polearm. In addition to that, she also pulls out a sword from within herself during her elemental burst and slashes surrounding enemies.

Although she is primarily a Support / Sub-DPS character, she can still put up a good fight against enemies. Since her Electro damage scales with her Energy Recharge, her build should be focused on stacking it as much as possible. Here we will be providing a complete guide to Raiden Shogun’s Best Builds, Weapons, Artifacts, Talents. Moreover, we will also go over how to obtain Raiden Shogun, as well as the best characters to pair her with.

The deity’s strongest talent is her elemental burst Secret Art: Musou Shinsetsu. Below is an outline of Baal’s abilities, passives, and Constellation, as well as the talent ascension materials required and how to get them:

Here’s what you’ll need to ascend the Raiden Shogun’s talents:

How to Get Raiden Shogun

The Raiden Shogun is currently only available as an event-exclusive character, as part of the Reign of Serenity event running from September 1st to September 21st, 2021. Wishing on the event banner during this period has a huge chance of pulling the Raiden Shogun from the game’s gacha (gambling) system. Players can purchase the character event wish banner using Primogems. Apart from Baal, the event banner is offering characters such as Kujou Sara, Sucrose, and Xiangling.

Genshin has already confirmed that the Raiden Shogun cannot be obtained through Standard Wish after the Reign of Serenity event is over. Therefore, there is no way of telling whether she will make a reappearance in future character event wishes in case you fail to obtain her during this time.

As part of the Reign of Serenity event, Genshin Impact is also offering Engulfing Lightning Polearm, a 5-star weapon, that will only be unlockable for the duration of the Event Wish. For maximum output, Baal should be equipped with Polearms that primarily increase Elemental Recharge. Here is the list of the best weapons you can pair the Raiden Shogun with, starting from Best to Worst:

As a Sub-DPS character, the Raiden Shogun should be paired with Artifacts that further increase her Elemental Recharge and boost Elemental Bursts. The Reign of Serenity event has introduced the Emblem of Severed Fate artifact set, which is the best set you can pair Baal with. However, there are also some other alternatives to choose from. We have listed our top picks below:

Baal is an amazing Support character who is able to provide stable Energy with her Elemental Burst and consistent Electro Status with her skill. The best way to get maximum output is through pairing her with other characters that can maximize Elemental Burst damage. Here are a few team compositions that work best with the Raiden Shogun:

Kena: Bridge of Spirits All The Boss Fights In The Game 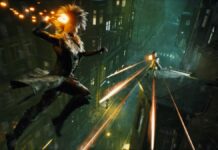 Fortnite Leak hints at the Zero Point Returning to the Island

All the error codes and their meaning in Apex Legends 2021