A recent Genshin Impact leak has revealed the first set of achievements of Inazuma.

Genshin Impact’s map currently has two regions and they are Mondstradt and Liyue. Mondstradt is the first region in the game that the player gets to explore. It is a region that was once under the rule of the Anemo Archon.

Liyue on the other hand is a central hub of Commerce for the Genshin Impact universe. It is the second region that the player gets to unlock. These two are the only two big explorable regions that we have had since the release of Genshin back in June of 2020.

The upcoming big region of Genshin Impact is called Inazuma and it is inspired by Japanese culture. The other two regions of Genshin Impact each have their own set of achievements tied to them so it naturally makes sense for Iazuma to have one as well.

Recently a Genshin Impact leaker revealed the first set of achievements of Inazuma.

Project Celestia on Twitter recently shared the Series 1 achievements of Inazuma. This is only part 1 of the achievements and more will be available later. The Series 1 Inazuma Achievements can be seen in the picture below.

The achievements info was taken from the Beta version of Genshin Impact. So take the leaks with a grain of salt as they are subject to change upon final release. 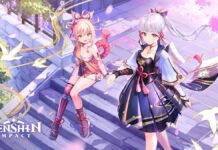 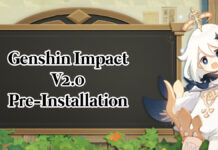