Genshin Impact’s 2.7 Update has officially been postponed until further notice.

Genshin Impact 2.7 Update was supposed to come out in about a week. The 2.7 update will bring the new 5* Hydro Bow character Yelan and a possible Itto and Xiao rerun. Additionally, we were supposed to get new story quests, events, and other content in the update.

But all that is uncertain as Shanghai, where many Genshin Impact developers reside, is under heavy lockdown. Just recently, we also learned that the Genshin Impact 2.7 Update has also been delayed until further notice.

Due to project progress, the Version 2.7 update will be postponed.

For detailed information on the date of the new update, content adjustment plan, and compensation, please stay tuned for upcoming announcements.”

“We will provide the corresponding information to Travelers as soon as possible.

We sincerely apologize for the inconvenience caused. Thank you for your support and understanding along this journey.”

The Tweet did not reveal any actual dates as to when the new update will come. But it seems like we will get some sort of compensation because of this delay.

Genshin Impact leaker and data miner gave us a possible date as to when the 2.7 update might come. According to the Tweet, Genshin Impact 2.7 is delayed by 3 weeks.

But this date is not official as it might change depending on the situation moving forward. 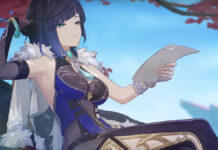