Fortnite recently sent out a survey to select players to conduct a survey on upcoming skins.

Fortnite is one of the most popular Battle Royale games in the world. The game’s playerbase saw a slight decline in the past few months. But, Fortnite Chapter 3 Season 2 rejuvenated the game to its former glory and then some.

As part of the Fortnite Season 3 update, Epic Games removed building from the game for the first week and then made it into a permanent game mode. This brought in many new players who did not try Fortnite until now because of the high skill ceiling of the building mechanics. A lot of old players also came back to try out the new mode. Popular streamers like Ninja, Tfue once again started streaming the game making the playerbase jump up a lot.

Epic Games knows well that all these new and old returning players are potential customers and might buys skins from the item shop. Recently they sent out a survey to a handful of Fortnite players to get opinions on upcoming skins.

The leaked image shows more than 50+ skins of different styles and aesthetics. All of the survey skins are original skins, and none of them are collaborations.

Read More: Fortnite Season 2 Resistance: Everything that was Vaulted and Unvaulted 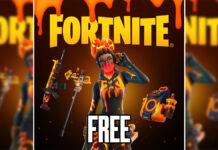