Pro player YungCalc has decided to quit Fortnite for good.

Jonathan Weber or more commonly known in the Fortnite community as “Yung Calc” is a professional Fortnite competitive player. Currently, he is playing for Built By Gamers, a North American team based in the United States.

Calc is regarded as one of the best Fortnite players in the world. He placed 16th in the Fortnite World Cup Finals 2019 – Duo which earned him $50,000. Calc’s highest winning was from Fortnite Champion Series – Season X. In this tournament Calc earned $100,000. Besides these large ones Calc also has small winnings in various other tournaments. His total earnings from Fortnite is $230,000.

Recently Calc announced that he is quitting Fortnite.

Currently, the Fortnite FNCS Season 6 is going on and calc recently said this on his Twitter, “i dont like competitive fortnite”.

Soon after making this Tweet calc went on to announced that he is quitting Fortnite. Apparently he had been thinking of quitting for 7 months now. He said,

“im happy with everything I accomplished in Fortnite and HAVE been happy with it for a while now, I think im done with it. Been wanting to quit for 7 months, and if I cant put my all into something then im just wasting my time with it”

Then he mentioned that Fortnite has not been fun for him and apparently he wants to spend his time elsewhere. Calc said,

“I also havent enjoyed the game for an INSANELY long time, not even a little bit. It feels more like a burden than anything else and if im going to be playing video games all day I might aswell put my time into something I enjoy and that I have room to grow in”

Some fans blamed this decision on Calc dying off spawn during the reboot round and his general poor performance in the Fortnite FNCS. But calc assured that even if he won this season’s FNCS the decision would be the same.

Recently yungcalc has been leaning towards VALORANT a lot. He reached Immortals rank in VALORANT and shared it on his Twitter.

So maybe in the future, we can expect to see calc join the ranks of VALORANT pros. 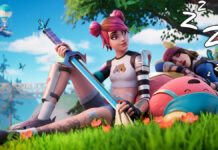 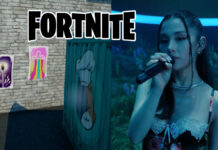