Five Nights At Freddy’s Security Breach: How to Complete the Mazercise Puzzle

Here is how you can solve the Mazercise Puzzle.

Five Nights at Freddy’s is more than just a horror game, the game comes with loads of puzzles to solve and mysteries to unlock. Apart from just evading animatronics and doing the objective, the game lets you explore and find new puzzles to solve. Furthermore, we have made a complete guide on how you can solve the Mazercise Puzzle on Five Nights At Freddy’s Security Breach.

Read More: Five Nights at Freddy’s: Security Breach: All the Characters In The Game

How to solve the Mazercie Puzzle:

First, you will have to get hold of the Mazercise Control key and Mazercise Ticket to solve the puzzle. You can find one of these items inside the present in the Daycare’s basement, just below the area where fans activated the generators in the game. You can find the second item depending on what you discovered first inside the security office in Monty’s Gator Golf.

After you have both the Control Key and Ticket, head to ChChica’sazercise. Interact with the control panel on the wall, and you will see it has a series of buttons and a switch. All players have to do is push the buttons and switch to finish this puzzle. To begin the puzzle, flip the red switch to illuminate the arrows which the number on top of each one.

Read More: Halo Infinite: How To Defeat All the Bosses 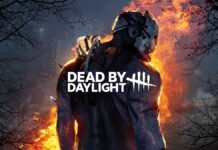