Best Player in the World!

G2 Esports announced Fabian’s departure earlier on twitter, thanking him for all his memories over the years.

With G2, Fabian and his team became one of the most successful and strongest teams in R6 esports scene, winning three Pro League Finals in seasons 4, 5, and 8. He even led his team to win back-to-back Six Invitational titles in 2018 and 2019, the Paris Major, and also the DreamHack Winter 2018.

READ MORE: Should Jackal be reworked again in the future?

However, the team was not performing up to their mark recently, failing to qualify for PL season 9 or 10 finals and even the Six Invitational 2020. Although the direct invite made it possible to play at the Invitational, their poor performance still continued that eventually led them to an early exit.

So after the Invitational 2020, G2 Esports announced its super team, consisting of two new players: CTZN and Virtue. At that Fabian decided it was time to say goodbye as he asked to be transferred from the org and today he is officially out of G2 esports.

Fabian shared his thoughts in a TwitLonger post, thanking all the people, who helped him during his time at G2.

Also thank you to all our supporters over the years, really appreciate that in the end, I can only have this job because of you.

Also to all the people wondering about my future, nothing is set yet, I don’t know what I will do, I got some plans on starting a company and we’ll see where things end up in my life 🙂

Fabian surely made a mark in Rainbow Six Siege esports scene, and any org will surely want his experience and leadership. Let’s hope he returns to Siege stronger than ever, and in the meantime we will surely miss his strong personality. 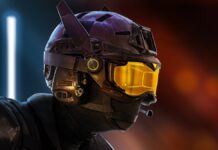 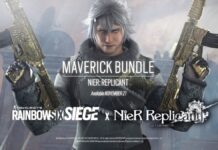