Evil West: All Trophies and Achievements

All the PlayStation Trophies and Xbox Achievements you can unlock in Evil West are listed and described.

Flying Wild Hog’s Evil West takes players to an era of the Gothic West, where you play as a cowboy and part of a vampire hunter organization tasked with defending his land against hordes of vampires and other deadly monsters.

As of now, it seems the game is winning the hearts of gamers with its gory and bloody combat-oriented, 3rd-person shooting gameplay, including an array of fun weapons, skills, and traps. Furthermore, you can also make use of the environment and various elements in your surroundings to perform stylish and grizzly executions and kills. You level up your character, unlock new ways to destroy your enemies, and occasionally fight against challenging bosses, which is one of the best parts of the game.

The enemies and the bosses have many variations in their attacks and personality. Moreover, they band together to overpower you. Although unlike Doom or similar games, Evil West offers fast-paced and chaotic gameplay that we all love. Tearing down and blowing up vampires with badass weapons is always exciting.

The only downside is that the game doesn’t do much in story or storytelling. But who cares? Nevertheless, Evil West also offers some Trophies and Achievements to unlock. Some unlock with progression, while others require multiple playthroughs or more effort.

For a game like Evil West, take up these Trophies and Achievements as challenges to give yourself a better experience, and unlock new sets of trophies, platinum, and gamerscores along with it. So let’s look at all the trophies and achievements of Evil West and how to unlock them.

The game has 29 achievements with a total Gamerscore of 1000G. 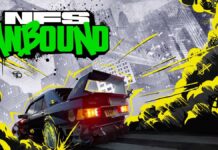 NFS: Unbound – All Trophies And Achievements