Destiny 2: Season Of The Plunder: Best Mods To Unlock

Are you looking for the best mods in the season of the Plunder? Here we will go through all the best mods to unlock, where to use them, and their perks and abilities.

Destiny 2 is an Open world MMO RPG Developed by Bungie, and it is still one of the fan-favorite franchises after a decade. This MMO has a constantly evolving world where you can join your friends and family from anywhere at any time. You can also upgrade your loadout further with some seasonal gears and weapons.

Bungie constantly updates the game with new content and adds bits to their PvE storyline. As a result, Destiny 2’s story is continuously evolving, and players are experiencing new content with each update. Additionally, with the season of the Plunder, Bungie is adding some new storylines for players to explore. Destiny 2’s season usually lasts for three months and a total of four seasons a year.

As we all know, Bungie releases a new artifact every season, and you can unlock specific types of mods only from this artifact. However, you need to upgrade your artifact first to unlock these mods. Artifact upgrade also depends on other general upgrades like weapons and gears. So, play through Destiny 2 activities, earn Exp, and upgrade your artifacts.

This list was updated Based on Season of the Plunder (Season 18).

As you progress through the artifacts upgrade, you will unlock several mods for each level. There are five mod tiers in your artifact, each with five mods. There is a total of 25 mods that you can unlock. Although it may take some time investment, you can unlock all of these 25 mods eventually.

You don’t really have to unlock all of the 25 mods and opt-in for the best mods instead. Additionally, we’ll also mention what benefits you’ll get from them. Here we’ll list the best mods you can unlock this season:

These are some of the best mods you should unlock and use in Destiny 2 Season of the Plunder. Hopefully, this guide was helpful, and you have learned something new. You can also check out our other guides to help you take your Destiny 2 journey to the next level. Good luck out there, Guardians. 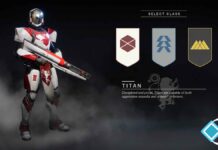 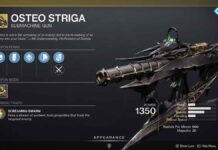