Destiny 2 is a popular looter-shooter video game created by Bungie, well known for its creation of the Halo franchise of video games. In this MMO RPG, you can select from three distinct classes and earn various weapons from raids and other activities.

Bungie is constantly adding new weapons to the game. While some of these weapons are obtainable from general quests and activities, others need to complete certain dungeons or kill certain enemies. Similarly, there are some great weapons that can only be obtained from the raids.

Raid weapons are highly sought-after weapons throughout the Destiny 2 Community. This is because raids are the most challenging PvE content In Destiny 2. In this guide, we will go through some of the best raid weapons in Destiny 2.

All the Best Raid Weapons Ranked from Worse to Best

There is a total of 31 Raid weapons Currently available in Destiny. While most of these weapons are extremely good for both PvP and PvE, some of them excel better than others. However, any mediocre weapon can be good in specific scenarios with the proper build and some good rolls.

Submission is obtainable from the vow of the disciple raid. It has some great perks for both PvP and PvE. Especially Overflow and Frenzy are extremely good for PvE, while Perpetual Motion and Killing Wind are the God rolls for PvP. On top of that, this weapon fits with any loadout.

Moreover, if you have the witch Queen DLC and you’ve reached the mid-end game without a good weapon, then this weapon has a lot to offer. As we know, some of the raids can be extremely difficult, and you can use this weapon on those raids to farm a better weapon more efficiently.

The trustee is obtainable from Deep Stone Crypt Raid. This weapon has a lot to offer if you know what you are looking for. It has a stylish look with a mild firing sound. Additionally, this weapon has some great perks to choose from. Although High-impact Reverses and Redirection are not the best rolls for PvP, Reconstruction and Surplus are undoubtedly the best perks you can get with this weapon for PvE activities.

Although you need the Beyond Light DLC to obtain this weapon or get access to the Deep stone crypt raid, This DLC is well worth it for raid weapons like these. Raids can be brutal without a good weapon or proper loadout. You can use this weapon to clear these raids and get a better version of this weapon.

Found Verdict is obtainable from Vault of Glass Raid. This shotgun is one of the best aggressive frame shotguns in Destiny 2. As of season of the Haunted, found Verdict is the must-have shotgun for your PvE loadout. Opening Shot Roll is the Beast for any PvP activities, while Surplus is still moderately good for PvE.

This is a free-to-play weapon, meaning anyone can obtain this weapon from the Vault of Glass Raid. The best part is that you can get a better stat weapon by completing this raid several times. With a little bit of luck on your weapon rolls, you can make this shotgun a complete beast.

Heritage is obtainable from the Deep Stone Crypt Raid. Since this is a kinetic slot Shotgun, you can use this weapon without worrying about the ammo. While the Found Verdict excels at PvP, This shotgun is an absolute beast for PvE activities. Reconstruction is one of the best rolls for PvE, while Recombination and Auto-Loading Holster are also perfect for PvP.

You should remember that this shotgun is only available in the Deep Stone Crypt Raid if you already have the Beyond Light Expansion pack. Beyond light is a great expansion pack to have because of these raid weapons.

This is one of the best weapons from the Beyond Light expansion pack, which makes this DLC all the more valuable for your account. However, if you want to get a better version of this weapon, you must complete this raid several times.

Insidious is obtainable from Vow of the Disciple Raid. This weapon has no bad perks in its perks pool and excels in both PvP and PvE. Aggressive Burst deals a lot of damage within a short window. Rapid Hit and Rampage are both great for PvP and PvE.

The witch Queen DLC has a lot to offer from the Vow of the Disciple Raid. You can get weapons like Insidious from these raids and farm their better version with God rolls and great stats. This weapon is a great choice overall for clear raids and other activities.

Corrective Measure is obtainable from the Vault of Glass Raid. Corrective Measure features some of the best class perks. With Rewind Rounds and Firefly, this could be the best legendary machine gun in the entire game. Although this gun is not suitable for PvP, with a little bit of luck while rolling, this weapon can be a beast in PvP.

Fatebringer is obtainable from the Vault of Glass Raid. One of the most iconic legendary weapons in the game, Fatebringer comes with insane stats and great perks. While the Explosive Payload and Firefly are great for PvE, Killing Wind and Opening Shot are also extremely valuable for PvP.

This is another hidden gem from the Vault of Glass Raid. This hand can have a lot to offer if you know what you are looking for, and the Destiny 2 community loves this weapon for its looks and perks. Since this is a free-to-play weapon, players can easily farm a better version of this weapon from the raid.

Commemoration is obtainable from Deep Stone Crypt Raid. Everyone loves machine guns for their ammo efficiency. Commemoration can wipe out the whole map with a single reload, making it one of the top tiers of weapons for PvP activities. However, this weapon has some great perks for PvE also. While Reconstruction and Under Pressure really excel at PvE, Dynamic Sway Reduction and Under Pressure are equally good for PvP.

These are some of the best raid weapons available in Destiny 2. Hopefully, this guide was helpful, and you have learned something new about raid weapons. You can also check out our other guides to help you take your Destiny 2 journey to the next level. Good luck out there, Guardians. 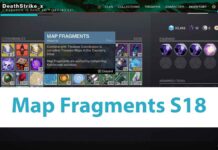 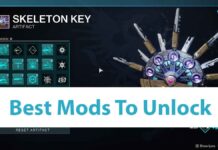 Destiny 2: Season Of The Plunder: Best Mods To Unlock 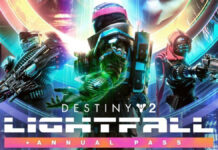 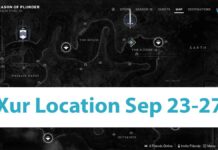