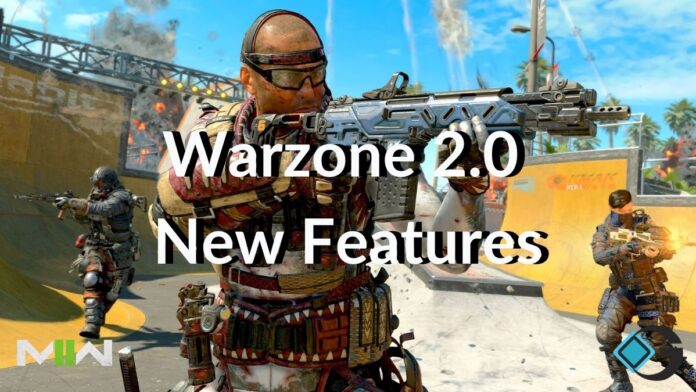 Warzone 2.0 is set to release with Modern Warfare II. The new game mode will include many brand new features. Here’s everything we know about Warzone 2.0’s new features.

MWII is the upcoming direct sequel to MW (2019). With the release of MWII, players will be getting their hands on new multiplayer modes, DMZ, and most importantly, Warzone 2. According to industry insider Tom Henderson, Warzone 2 is in development, and Infinity Ward is reportedly implementing new features into the game mode.

Here’s everything we know about the new features coming to Warzone 2.

Read More: Everything we know about the Upcoming SBMM Rework in Call of Duty: Modern Warfare II

Strongholds are new PvE areas guarded by AIs. Players can eliminate the AI pool and complete objectives in Strongholds. Completing the objectives will grant them loadouts, items, perks, and killstreaks. They will be scattered throughout the map.

The new features function like a bounty that is present in Warzone currently. However, bounties require players to eliminate other marked players. The only difference between bounties and Stronghold is the PvP aspect.

A new bag system similar to Blackout will be included for loot. The bags will be available in-game with their size depending on tier levels. Tier 1 bag will have ten slots. With each tier, the slot will increase by 5. Tier 3 bag will feature 20 slots.

The feature is available in many games, such as the first CoD battle royale Blackout, Escape from Tarkov, and Apex Legends. The items available in-game will each take up a certain number of slots. Example of how the slot system will work:

This new Warzone feature is similar to an element in Rainbow Six Siege. The feature will allow players to interrogate downed enemies to reveal their teammates’ original location.

Players will see a visible prompt for interrogation after downing an opponent. They can press to initiate an execution animation to allow them to see their teammates’ location. The location reveal might be similar to Cypher’s ultimate in Valorant.

CoD Blackout featured an armor vest system. Players were able to equip tiered vests ranging from tier 1 to 3. The new system will be a hybrid of Warzone and Blackout.

Pro perks have been present in the previous Call of Duty titles. They are amped-up versions of their regular counterparts. These perks will be obtainable through Strongholds. However, it’s still unclear whether players will be able to equip these pro perks to their loadouts.

It’s important to remember that these are just leaks, and the developers have yet to confirm the information. As a result, take these leaks with a grain of salt until they make an official announcement.