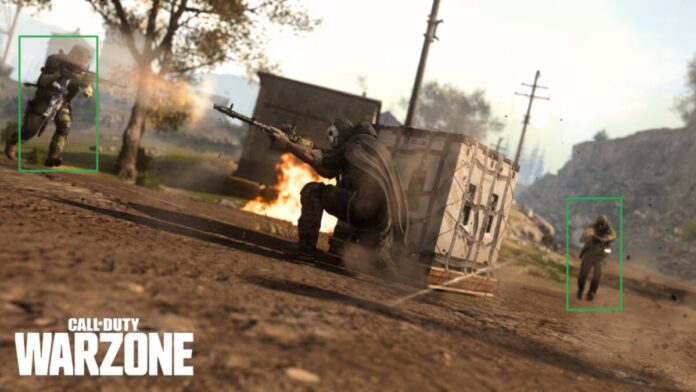 A Call of Duty: Vanguard hacker was caught red-handed after exposing his cheats while live streaming with a monitor cam.

Hacking has become a significant issue in Call of Duty and began with the rise of the blockbuster battle royale Warzone. In early December, the Ricochet anti-cheat technology was released for Call of Duty: Warzone.

While it may have begun with Warzone, it has expanded to other traditional multiplayer games, dating back to Modern Warfare and beyond. As a result, many hackers have been apprehended and blacklisted, but this steamer may have ridiculously exposed himself.

The whole thing started when iLuhvly and Sasuke of Vanguard were skeptical about their opponent, Kenji, during a 2v2 competition – and their suspicions were quickly proven. To clear his reputation and guarantee that no further hacking accusations would be levied against him, he opted to use a monitor cam to prove his innocence.

On the other hand, Kenji naively left his wallhacks on display for everyone to see, and the boxes were visible all over his screen – although that certainly didn’t help much, as he lost the last gunfight in the clip.

Kenji was immediately banned from Checkmate Gaming, the platform they had been competing in, and has since removed his Twitch account. Unmistakably, no one should cheat in multiplayer games, but if you ever do, you should be wise enough not to do that during a live stream.

CoD Warzone New H4 Blixen SMG: How it Works, How to Unlock,...

When is CoD Warzone Season 3 Reloaded Coming Out? Everything We...

Everything we know about the Upcoming SBMM Rework in Call of...