VALORANT players are experiencing issues with the HRTF audio feature

Riot added the HRTF feature at the behest of the VALORANT community. However, it appears that the HRTF audio is yet to earn the complete trust of the players.

Competitive FPS games such as VALORANT rely heavily on audio. That being said, VALORANT did not have the best directional audio system in the beginning. Thus, players complained about the audio being ineffective and requested an overhaul of the aspect.

The developers responded to the feedback by introducing HRTF in Patch 2.06.

The HRTF(Head Related Transfer Function) feature allows players wearing headphones to play audio in a simulated surround sound audio space. This feature enables players to determine the exact location of the source of the sound cues easily. HRTF was also added as an optional feature, so the players who are used to VALORANT’s default audio system can turn it off and play as usual.

While it was introduced with the improvement of players’ experience in mind, it has also brought along a few minor bugs. Redditor Regi-Made faced an issue where an audio cue was generated in a location different to where the source was.

In the clip attached to the post, the sound of a reload is clearly generated in Split’s Mid area while a reload was performed B Garage. Problems of this sort are sure to create even more confusion and can give the opposing team an unfair advantage.

While events like these are rare, these can hugely impact the competitive nature of the game. Therefore, Riot should investigate this issue and resolve it with haste. 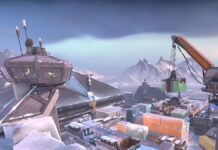 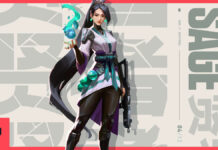