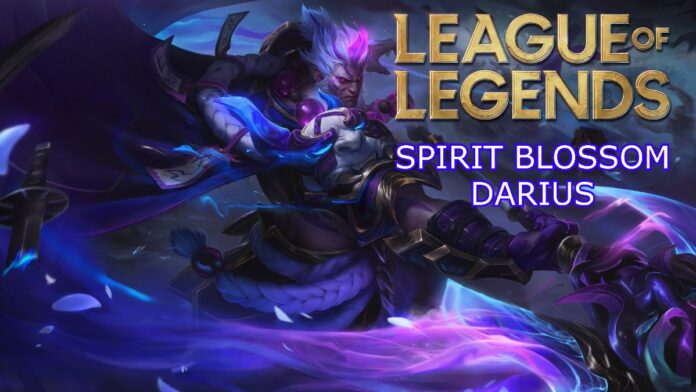 Riot has officially revealed the upcoming Darius skin, Spirit Blossom Darius, which will release on patch 12.19.

Initially released in 2020, the Spirit Blossom skin line is one of the most beloved skin lines of League of Legends. Many players still consider it the best skin the game has ever received.

As he is a strong pick, he will also receive new epic tier skin, Spirit Blossom Darius.

Spirit Blossom Darius will be an epic skin, costing 1350RP.

Spirit Blossom Darius will be released in patch 12.19, scheduled to hit live servers on Thursday, October 6, 2022, alongside the Spirit Blossom event.