League of Legends’ upcoming Void jungler Bel’Veth was delayed for unknown reasons, but her kit has been allegedly leaked.

Bel’Veth was teased during the League of Legends Champion Roadmap. Since then, there have been many leaks surrounding the champion. Fans are excited to finally get a Void champion after so many years. Bel’Veth should be on the live servers right now, but it got delayed for reasons unknown.

The in-game model of Bel’Veth was leaked last month. And if you didn’t see it already, the Void Empress looks fantastic. Fans realized that Bel’Veth would have two different forms from the in-game model. But most of her kit was still a mystery. But recently, a Reddit post has allegedly leaked the abilities of Bel’Veth.

Bel’Veth was supposed to be a hybrid champion and be able to use both AP and AD. But the damage scaling of abilities hasn’t been leaked yet. So it’s hard to tell what to build on her.

Enemies (Champs, big monster camps, epic monsters, siege, and super minions) drop a ‘Coral’ when they die. Bel’veth can collect these to stack her passive. This passive forms a swarm, based on the stacks. It grants her lifesteal against JG camps. If she attacks a turret or epic monster, she sends her swarm to it, healing her and damaging it. It consumes all stacks.

W – Above and Below

It seems the same as Rek’sai W and Pyke’s W. Bel’veth goes underground for a short time, gaining move speed and going through walls. In the end, she unburrows, dealing damage and knocking up all enemies in the area. While in Endless Banquet, she becomes untargetable and grants a short stun after the knockup.

Bel’veth starts channeling a vortex; during it, she can’t move and pull all enemies to her, damaging them for each second. During it, she receives less damage. She gives back a % of all damage she received from the attackers (like Thornmail). While in Endless Banquet, this deals a % of true damage over a second, her damage reduction is higher, and at the end, she can explode its area.

Bel’veth turns into her true form for (?) seconds (like Aatrox’s R or Swain’s new R), buffing all her skills. She gains HP, MR, Armor, and Damage. While transformed, collecting (Passive stack) heals Bel’Veth for a %. She uses all her stacks to form a swarm of (fishes?), damaging enemies champs nearby. The swarm dies after some time, but it can be renewed by killing champions.

There is no exact date for Bel’Veth’s release as of now. But she should be released pretty soon. Also, the abilities listed here are subject to change and take them with a grain of salt.

We’ll let you know as soon as Riot announces an official announcement. 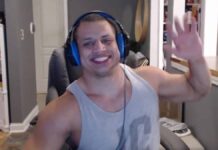 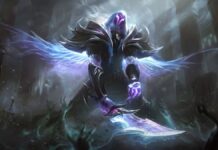