Genshin Impact: Which Aspects Contribute the most to a Character’s DPS?

A recent infographic has revealed which aspects contribute the most towards DPS in Genshin Impact.

Genshin Impact is a game developed by Mihoyo that gained massive popularity since its release. The game is mainly free to play with a gacha monetization system. Players can use real money to wish for characters and weapons. The game has garnered the attention of many players due to its fluid gameplay, unique character design, beautifully crafted world, and rich story.

In Genshin Impact you are supposed to defeat multiple types of enemies and the end game content which is the Spiral Abyss also depends on defeating waves of enemies in a set amount of time. So naturally, players are looking for new ways to maximize their DPS. DPS in Genshin Impact is dependent on a few aspects.

Firstly there is character level. The higher a character’s level the more health, attack, and stats they gain. Weapons also need to be leveled up to increase their damage and sub-stat. Then there is the aspect that contributes the most which are Artifacts. Artifacts have main stats and 4 sub-stats and are RNG based. Last but not least elemental resonance also helps in some cases to provide that extra little boost.

Recently a Reddit user made an infographic showing which aspect contributes to the overall DPS of a character in Genshin Impact excluding elemental reactions.

The chart below shows how much each aspect in Genshin Impact contributes to the overall DPS of a character.

The second-largest is the weapons stats. It contributes a staggering 19.7% to the overall DPS. So maxing out a weapon to level 90 takes top priority.

Next comes talent and it contributes 16.7% to the overall DPS of a character. So focusing on specific talents and taking them to high levels can help increase your DPS quite a bit.

Then comes other aspects like elemental resonance and artifact set stats. These things contribute 13.7 percent to the total DPS so focus on this after you are done with more important factors.

So to get your DPS to the max, you can follow the character-building guide mentioned above as focusing on each point and then moving on to the next could be beneficial. 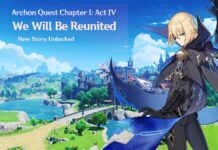