The Bathysmal Vishap enemies might be in the Genshin Impact v2.5 Spiral Abyss. Turns out they will have a secret healing ability when players fight them in the Abyss.

Genshin Impact v2.4 is the next big update coming. This new update is supposed to introduce new enemy lineups in the Spiral Abyss. The Spiral Abyss is considered the endgame content of Genshin. It typically consists of a series of enemies on different floors that players have to defeat within a time limit. Players get stars based on the time they have left upon clearing floors.

Some recent Genshin Impact leaks revealed the Spiral Abyss v2.5 enemy lineup. In the leaks, we saw that the new Bathysmal Vishap Herd World Boss will occupy a chamber of Floor 12. Mihoyo introduced these enemies in the v2.4 update.

Another recent Genshin Impact v2.5 leak revealed that the Bathysmal Vishap Herd bosses might have a special ability while in the Spiral Abyss.

“After defeating one Bathysmal Vishap and not defeating the other one within a certain time, the defeated one will resurrect with 1/3 of its HP.

Take all of the above leaks with a grain of salt as they are subject to change. 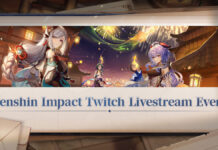 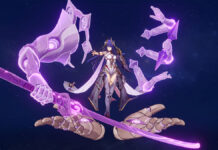 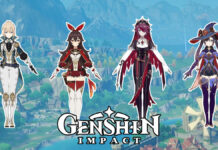