A recent Genshin Impact leak has revealed a new gadget that can apparently increase gliding speed.

Genshin Impact 1.6 update just dropped recently and players are busy going through the new content and event gameplay. The new 1.6 event content will be gone with the release of v1.7 so that’s all the more reason to grind the new area even more.

But exploring new areas might become easier than before as a new leak has uncovered a gadget that can be used in exploration.

“This item seems to increase movement speed when gliding.”

Another Genshin Impact leaker Dimbreath provided the image of the new gadget.

We don’t know much about the gadget, but we know that it exists and might come soon. But as always take this information with a grain of salt because Mihoyo has not officially confirmed anything yet. 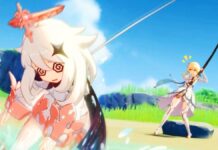 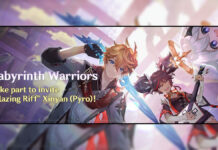 Bugs Set to be Fixed in the Upcoming Fortnite 18.30 Update