Greetings, Guardians. Are you having trouble determining which Grenade Launchers are the best in the current meta? We’ve got your back. Let’s take a look at some of the most effective Grenade Launchers currently accessible in Destiny 2.

Destiny 2 is an online multiplayer game in which you and your friends can join at any time and play in an ever-changing and dynamic world. You can alter the appearance and gameplay of your Guardian by acquiring elemental powers, handcrafted weapons, and unique items.

Bungie adds new weapons to the game with each new update and expansion pack, and they’ve just added 50 new weapons with the recent expansion, some of which are quite unique. As there are so many viable options in the current arsenal, it can be difficult for players to determine which weapon best suits their playstyle.

Read More: Destiny 2: The Best Hunter Builds For PvP And PvE In 2022

Players can only obtain it by Completing Nightfall strike “Lake of Shadows.”

Deafening Whisper is a Wave Frame legendary Grenade Launcher introduced in season 12, and it is one of the strongest picks for PvE content in Destiny 2. It is an energy slot weapon that uses special ammo and deals void damage to your foes. With a reasonable blast radius and high velocity, this weapon is a balanced option in the Grenade Launcher category.

Deafening Whisper can be obtained through Crow rank or by completing Wrathborn Hunts.

The Colony is an exotic Grenade Launcher in Destiny 2 with the highest stability and moderate base stats. It made its debut back in season 2. As such, it is one of the oldest Grenade Launchers in the game. Since The Colony uses heavy ammo and deals void damage, it can be instrumental in certain scenarios. Unfortunately, it’s not a craftable weapon.

Players can get this weapon by focusing on Exotic engrams, but you should keep in mind that it is an extremely rare world drop item in the game.

Empty Vessel is a legendary Grenade Launcher that was first introduced back in season 14. Since then, it has been great for PvE as well as some of the PvP content in the game. It is an energy slot weapon that uses special ammo and deals solar damage to the enemy.

Players can get this weapon by Completing strikes and earning rank-up packages from Commander Zavala.

The parasite is an exotic Grenade Launcher that first appeared in season 16 without any set. It is a powerful weapon that uses heavy ammo. As it is a non-craftable Grenade Launcher with balanced stats, it has become a must-pick if you prefer something with a high blast radius and low recoil.

Players will need to complete the “of Queen and Worms” exotic quest to obtain the parasite.

Forbearance is an Arc Damage-dealing Grenade Launcher that can be crafted and uses special ammo. It first appeared back in Season 16 and is part of the Vow of the Disciple Raid Gear Set. Although it has a relatively large blast radius, the reload time is really long. Forbearance is an excellent choice if you’re looking for a grenade launcher that deals quite a bit of damage and has a relatively high blast radius.

Players can obtain this weapon through the Vow of the Disciple raid. Unfortunately, It is a random drop, and you will only get this weapon if you’re fortunate. In addition to that, You can also obtain a better version of this weapon from secret chests, provided you already have this in your inventory.

Ignition Code is a renowned grenade launcher with a lightweight frame that uses special ammunition. As such, this weapon is a good choice due to its ability to roll with brand-new God Rolls. This weapon made its debut in season 14 as a component of the Override Gear Set. Ignition Code is a kinetic weapon that inflicts kinetic damage upon the target.

Players can obtain this weapon by completing the Splicer Activities or focusing on umbral engrams.

Salvager’s Salvo is a Lightweight Frame legendary Grenade Launcher that was first released in season 13, and it has become a fan-favorite pick for some of the challenging PvE content in the game. This weapon is excellent for killing Bosses and Majors. Also, this energy slot weapon uses special ammo and can deal arc damage to the enemy.

Destiny 2’s Salvager’s Salvo is the pursuit weapon you can unlock in Season of the Hunt.

Dead Messenger is an exotic Grenade Launcher that was first introduced in season 16 with the Witch Queen DLC. It is an energy slot weapon that uses special ammo and deals void damage to the opponents. Nevertheless, Dead Messenger is a strong pick for both PvP and PvE content in Destiny 2’s current meta.

Players can get the Dead Messenger from a chest by completing the Vox Obscura exotic mission.

Witherhoard is an exotic Grenade Launcher that made its debut back in season 11 as part of the Season 11 Pass Rewards Set. Since then, it has gained its reputation in the Destiny 2 community. It is a kinetic-based weapon and deals kinetic damage to your enemy.

Players can buy this weapon from Master Rahool in exchange for an Exotic Cipher.

These are the top 10 Grenade Launchers in Destiny 2. And as with any list, this one is extremely subjective and will change with future updates. Since many of these Grenade launchers can be fantastic if used correctly with proper load-outs, it all comes down to your playstyle. We sincerely hope you found this guide helpful and learned something new. Best of luck out there, Guardian. 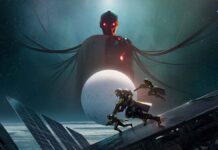 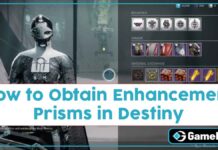