Shi No Numa returns to Zombies with the Season 4 update. Here’s everything we know about the Shi No Numa main quest and easter egg.

Zombies, originally Nazi Zombies, is a game mode created by Treyarch. It first appeared in CoD: World at War and became highly popular upon the game’s release, resulting in the mode returning in future CoD titles.

In Zombies, players face off against zombies of various nationalities depending on the map’s location, including Germans, Americans, Russians, and Asians. Moreover, Zombies’ content is only considered canon in its universe.

After Cold War’s Zombies’ success, it’s no surprise to see Treyarch handle Vanguard Zombies. Their most recent contribution is the re-imagining of Shi No Numa in Vanguard. Shi No Numa arrived at Vanguard zombies with the season 4 update.

The CoD Zombies community is always excited about the prospect of new map releases. However, Shi No Numa didn’t come empty-handed. Instead, Treyarch has gone forward and introduced a new main quest easter egg to the re-imagining of Shi No Numa.

Here’s how you complete the main quest easter egg in Shi No Numa.

How to Complete the Shi No Numa Main Quest Easter Egg

Players must complete complex challenges to solve the main quest and unlock the easter egg. Thanks to Zombies’ YouTuber MrDalekJD‘s guide, players can get through the challenges quickly. Follow the order in the guide below to promptly complete the easter egg:

Cypher Wheel Parts and Start of the Ceremony

How to Defeat Echo in Shi No Numa

Follow this guide in the same order, and you will be able to complete the Shi No Numa main quest easter egg in no time. 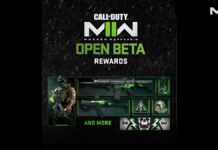