As Season 15 is coming to an end, we have a glimpse of some of the weapon-related changes Respawn is bringing with the highly anticipated Apex Legends season 16 update.

Apex Legends has constantly gone through updates and patches since Season 1, so the mass player base can stay entertained and engaged in the game. As of now, Respawn has already introduced 28 unique weapons, and many more are in development that will eventually make it into the game.

Respawn doesn’t just throw a weapon into the game and leave it up to the players to explore the weapon meta. Instead, they look at a number of things, such as how often each weapon is used and how well it works in competitive, ranked, and casual play. After carefully considering these factors, Respawn adjusts the weapons each season.

Although a few weapons received some buffs and nerf in Season 15, nothing major was changed that would completely shift the weapon meta. However, Season 16 will bring some changes into the weapon pool that will spice things up for the player base. So, without further ado, let’s see what weapon changes Season 16 may bring us.

Meet the Nemesis, a new energy-class Assault Rifle that fires four rounds per burst. With a ramping burst delay that decreases the time between bursts and simulates a fully automatic weapon, the Nemesis is guaranteed to ruin the day of at least one Legend in the next match.

Below are the damage values:

As Nemesis AR is being introduced, Respawn decided to nerf R-301 in the game. The damage will be reduced from 14 to 13 per bullet. Moreover, all Assault Rifles will now have reduced hip-fire accuracy.

Hemlok is going into supply drops and will be removed from ground loot. Like every other Care Package weapon, Hemlok will also receive major buffs to its damage and headshot multiplier. In addition, the Boosted Loader hop-up will be pre-attached to the Hemlok. Also, Hemlok will replace Rampage in the Care Package

Below are the damage values of Hemlok in the Care Package:

Below are the damage values of Rampage in Ground Loot:

Volt and Longbow in Replicator

Currently, the CAR SMG and Spitfire are in the crafters. Volt SMG and Longbow DMR will replace these two weapons at the beginning of Season 16.

Hammerpoint rounds will return to floor loot. It is important to note that they are now a gold attachment rarity.

Gold Shotgun Bolt added into the game, which gives maximum fire rate increase and reloads rounds when sliding – this works when the weapon is stowed OR in your hands. It reloads rounds really fast too.

Tactical Stocks added to Peacekeeper and Mastiff. It improves handling and reload speed. Also, “improved projectile size of all shotguns at close/medium range” to improve the consistency with which shotguns perform. 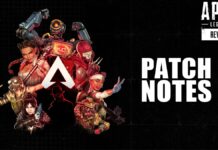 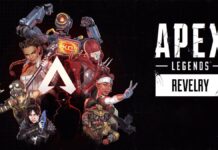