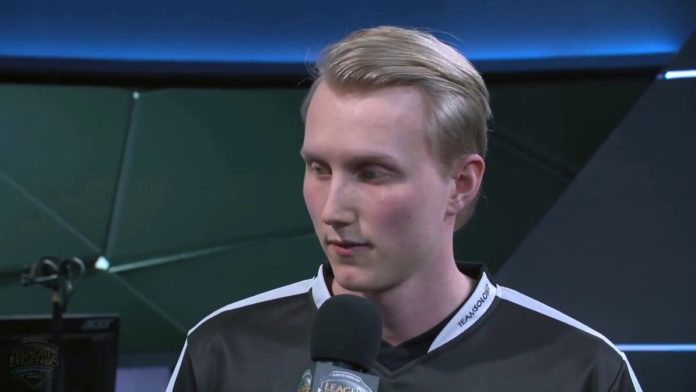 Zven wanted to leave TSM with Mithy last year, but TSM decided to keep him and kick Mithy instand. He didn’t like the fact that TSM was experimenting in the summer split and wanted to play with Akaadian the whole split.

TSM’s last two year was not up to the mark as they missed both the World Championship slot for the year 2018 and 2019. Yesterday in the Summoning Insight Zven get to talk about his situation on TSM.

So he apparently told TSM Parth that he was not feeling good in TSM, was tired of NA solo queue and wants to go back to Europe. He also said that he feels guilty for TSM’s disastrous run in 2018 and he wanted to leave with Mithy after summer playoffs 2018. And he really wanted to be a part of newly formed Origin.

But a few days later they told Zven, they couldn’t find any Botlaners so he has to stay and kicked Mithy out to use the import slot for Brokenblade. Apparently TSM tried to sign Upset but failed to sign him so they enforced Zven to a new contact and making him stay.

He also talks about the Hauntzer situation that Hauntzer thought playing tanks was a waste of time and he was not able to learn anything of it. Hauntzer also didn’t wanna work with Mithy, as a result, TSM had to kick him out.

About the situation between Grig and Akaadian, he thought to experiment in the Summer split is a bad idea and wanted to work with Akaadian the whole split as Grig was out because of his wrists problem. But TSM wanted to give Grig a fair chance to prove himself so they started to split scrim time which caused both of them to play worse and destroyed support-jungle synergy.