Xbox Game Pass allows players to play from a giant library of video games. Microsoft’s xCloud service allows for players with an Xbox Game Pass Ultimate membership to enjoy those games by streaming them from Xbox’s website.

Microsoft has now announced that players will be able to stream these games on Android, Apple devices, and PC. In their Xbox Blogpost, they mentioned:

“With billions of active Windows 10 PCs, iOS devices and Android phones, we want you to have new opportunities to play the deepest, most immersive games whenever and wherever you choose. Simply put, we’re bringing the Xbox experience directly to the devices you use most.”

What this means is that players will now be able to use their everyday devices to enjoy over a hundred games available on the Xbox Game Pass library. Moreover, they can do so without splurging hundreds of dollars on getting an Xbox console.

xCloud service is compatible with Apple devices and PC using Bluetooth and USB powered controllers. However, if players use xCloud services on their Xbox Series X, they can enjoy smooth 1080p streaming with constant 60 FPS, given they have a solid internet connection.

PC gamers using Windows 10 can access xCloud services by going on Xbox’s official website using browsers such as Google Chrome and Microsoft Edge. Similarly, people using iOS devices such as iPad, iPhones will need to use web-based apps like mobile Safari. Windows 11 users, on the other hand, can skip this step as Microsoft’s latest OS comes with a built-in Xbox app that can be used to access the Xbox Game Pass library and xCloud services.

Read More: Loki is coming to Fortnite this July 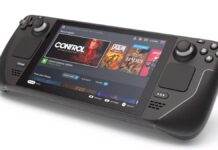 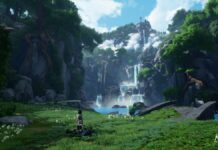