Xbox Live Games with Gold brings in some exciting new additions for August 2021.

A new month means a new line-up of free games for Xbox Live Gold subscribers. And just like that Games with Gold free games for August 2021 have been announced.

Comparing to the last couple of months this time Xbox delivered well with its brand new line-up. August’s free games contain fighting, platforming, highspeed hack and slash, and explosive action. Furthermore, we are getting games from some of the most popular franchises. Both modern and retro.

Xbox Live Games with Gold for August 2021 line-up is:

Starting with Darksiders III, play as Fury as she fights through hordes of enemies with her whip and magic to hunt down the Seven Deadly Sins. Use various combos and special skills to unleash fury on your enemies. Although not as acclaimed as its predecessors. The game is still a fun playthrough.

Explore the vibrant and diverse world of Yooka-Laylee, you play as the incredible duo to save the world once and for all.

Lost Planet 3 is an Xbox 360 classic. Now forgotten with time. This single-player game acts as a prequel to the previous two titles. Learn and discover the secrets of the Lost Planet universe and what started it all.

Garou: Mark of the Wolves is probably one of the best fighting games out there. Last entry to the Fatal Fury series, play and master some of the most iconic fighting game characters, in this addicting fighting game.

Xbox 360 players can redeem Lost Planet 3 and Garou, while Xbox One and Xbox Series X|S can redeem all 4. Don’t miss out on these Xbox Live Games with Gold freebies. 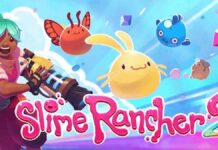