World of Warcraft Twitch streamer Asmongold recently announced that he will be taking an indefinite break from streaming.

Zack “Asmongold” is a famous American streamer on Twitch. He is a variety streamer but mainly streams World of Warcraft for his viewers. Asmongold first came to light when he was offered USD 300k to play a game on a single stream. He currently has many followers on different social media accounts. His Twitch channel has over 1.7 million followers and his YouTube has approximately 450k subscribers.

Recently Asmongold announced on Twitter that he will be taking an indefinite break from streaming.

Read More: Corpse Husband got trending on Twitter over a clip of him just breathing

On January 11, 2021, Asmongold shared a Tweet on his official account. In the Tweet, Zack mentioned that he is going to take a break from streaming. Zack was going back and forth about his decision for the last couple of weeks. He said this was the reason he missed so many streams recently.

As for the reason, we do not know exactly what compelled Asmongold to suspend his stream for the foreseeable future. According to the Tweet, there are too many reasons to list. The Tweet from Asmongold reads, “Going to be taking a break from streaming indefinitely I’ve gone back and fourth about this for the past few weeks which is why I’ve missed so many days A lot of different reasons why, too much to list out in a tweet”.

This made a lot of Asmongol’s fans very worried that their favorite streamer might be quitting streaming forever. So Zack had to address the situation to clear some things up for his fans.

In the next Tweet, Zack once again stated that he is not quitting and just taking a break. The duration of the break is not sure yet but it could be 1-2 months. He also omitted his Twitch chat or Rust from the list of reasons.

So hopefully we can see Asmongold return to Twitch streaming after his indefinite break about a month or so from now if everything stays the same. 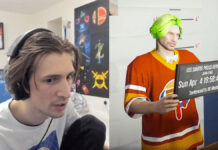 Radiant Ranked VALORANT Streamer Banned During Livestream for Getting Kills Without...